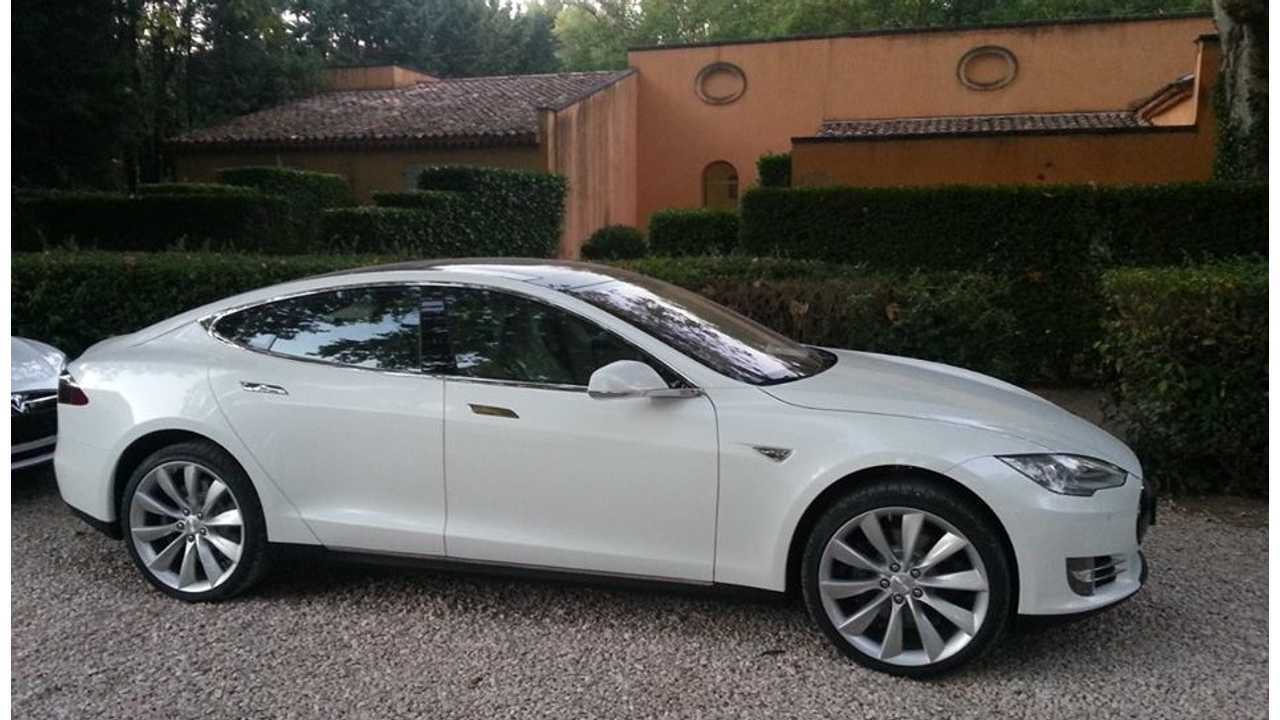 Tesla has been making lots of "first" deliveries of the Model S lately; so why not mention one more than happened last week?

This "first" delivery happened in France.

Actually. Tesla delivered a total of a dozen cars to the country last week in various roll-out ceremonies, but the first  Model S P85 sedan (in white) was given out in Paris on Monday, September 23rd.

Some of the first owners had reserved their cars more than 3 years ago.

Tesla held a formal reception on the Tuesday where 4 more cars were released in the capital, followed by another 7 in Aix-en-Provence and Paris to round out the week.

Also of interest, Tesla says that Model S orders booked today in France are expected to arrive in February of 2014 - only 5 months wait.