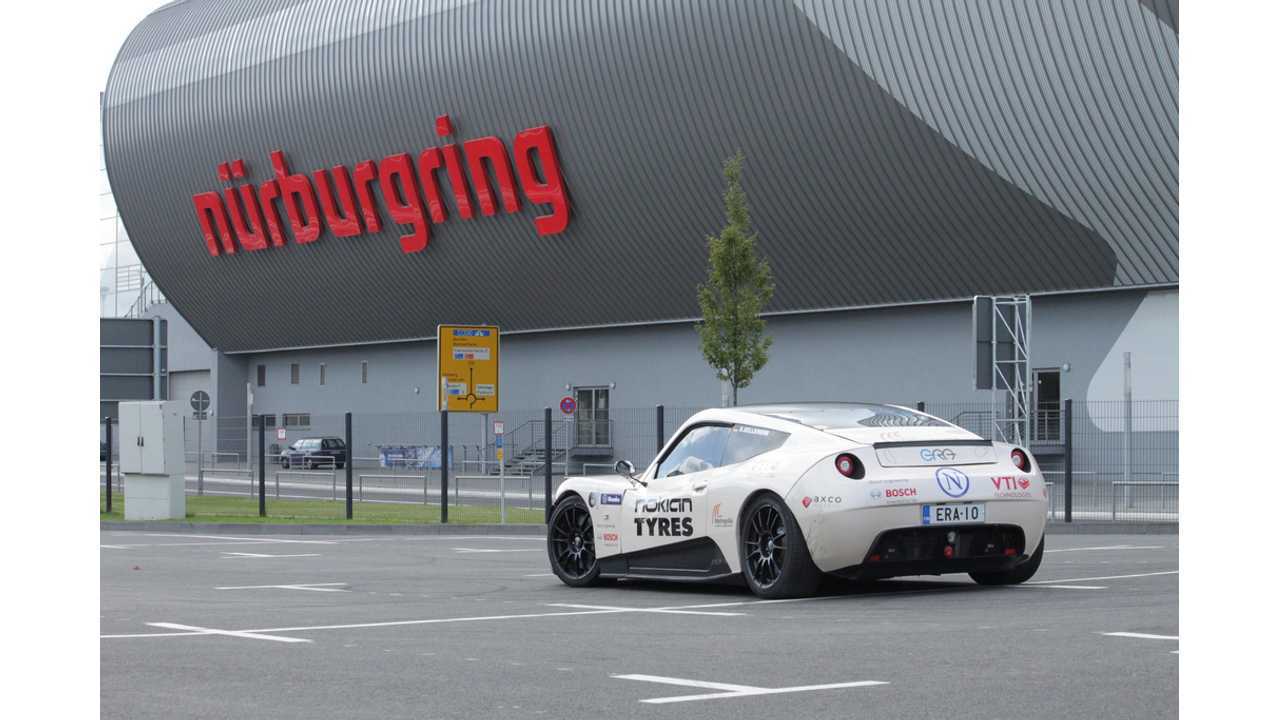 Electric RaceAbout at the Nürburgring Nordschleife in 2011

While this time is not as quick as the Mercedes SLS AMG Coupé Electric Drive or some racing prototypes, it is one of the best results for an EV.

According to press release, ERA could have been even quicker because the current record was set with "limited possibilities for only three complete laps this time."