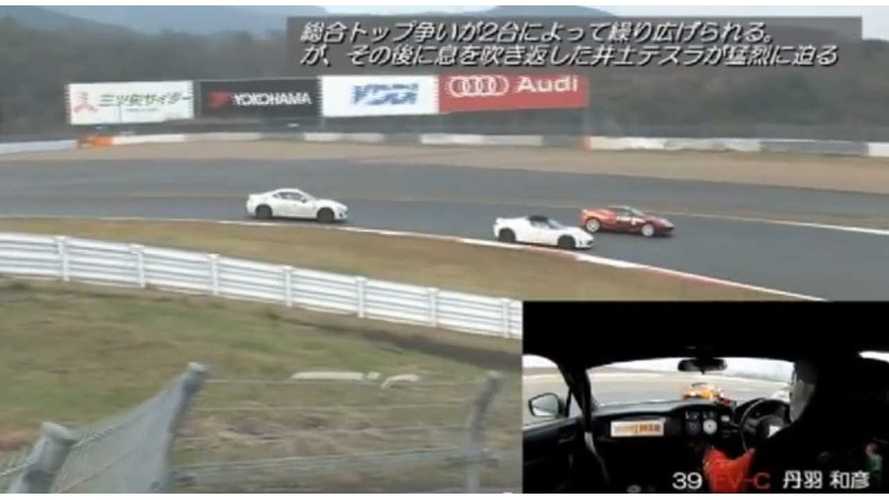 In early November, the ALL JAPAN EV-GP Series held its Round 6, which should be last round but after the postponement of Round 5, but it wasn't.

In the Round 6 race held at Sodegaura Forest Raceway, 9 cars took off from the starting line, compared to just four in the previous round.

Again, we see two Teslas against several Nissan LEAFs, one Mitsubishi i-MiEVs and some conversions.

In the race, last on the grid was one of the Mitsubishi i-MiEV's drivers who had a delayed start .

What's interesting this time around is that one converted EV (#39) was nearly as fast as the more powerful Tesla.  In fact, the converted EV beat one Tesla to the finish line to place 2nd overall.  In the #1 spot was the other Tesla.

ALL JAPAN EV-GP Series Round.6 Results - Hope You Know Japanese