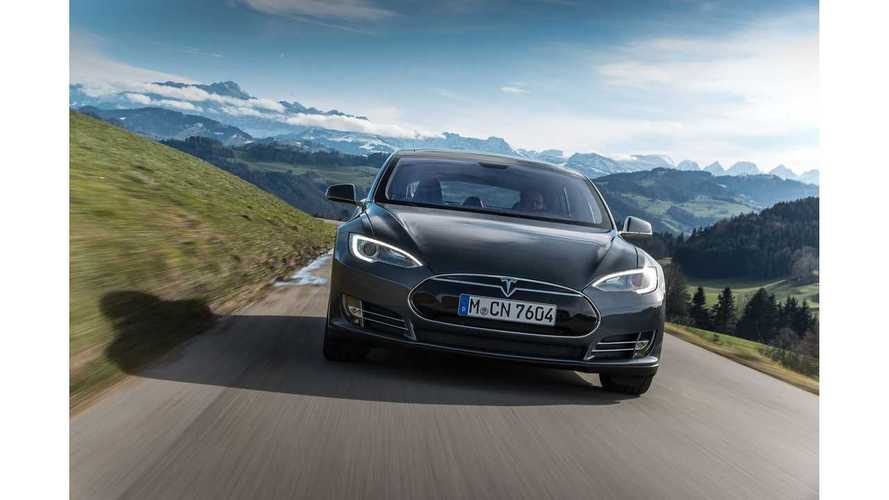 In September, the Tesla Model S led the way in Norway, but not only for electric vehicles, but for all automobiles regardless of the drive.

The month of September saw 616 new Model S registrations, which translates to 5.1% market share.  This is a new record that eclipses the Nissan LEAF's earlier achivements.

Second on the sales list is the Volkswagen Golf, the vehicle that typically occupies first place, with 561 new registrations and 4.6% market share. So, the Tesla Model S had roughly a 10% margin above the nation's best-selling ICE.

After two months, Tesla Motors sold over 800 Model S sedans in Norway. Nissan LEAF sales crossed the level of 1,000 after 6 months, so next month we should see the Model S break that 1,000-unit mark, too.

Meanwhile, Nissan LEAF sales stayed strong in September with 349 new registrations and 2.9% market share, which is good for #7 overall in Norway.

Together with Model S, these two vehicles grabbed around 85% of the EV market in Norway.

The total number of EV registrations in September in Norway was a record - 1044 and 8.6% market share (about 9% if we include PHEVs), but this figure only counts new passenger vehicles.

If we add again almost 300 used imported (it seems that the Norwegians are emptying Europe of electric cars) and an unbelievable number of Renault Twizys (55), then total EV sales are between 1,300-1,400 plus 38 new PHEVs.

Now we are waiting for first 10% market share for EVs.

Here are some interesting graphs from www.gronnbil.no that illustrate the situation in Norway: