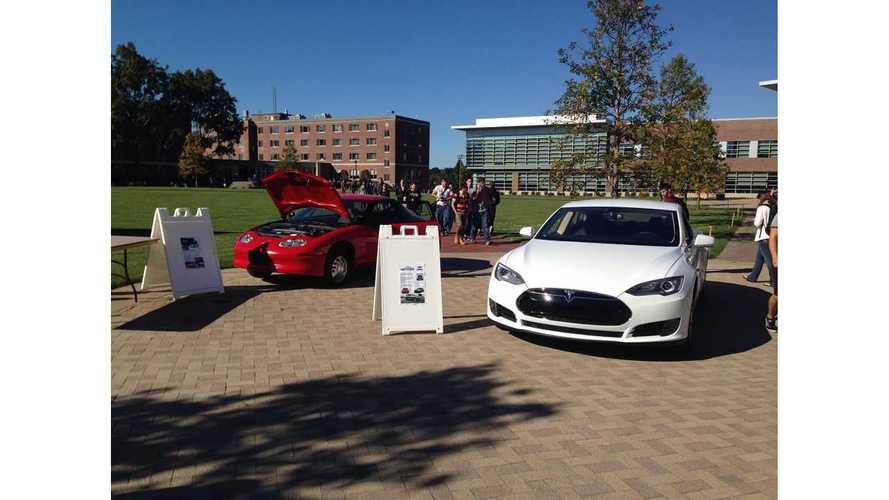 About 17 years ago, General Motors released a "new hope" for electric transportation - the EV1.

Back In "The Day," General Motors EV1 Was The Green Car To Have

As most know, the majority of those cars were destroyed.  A few still remain - but only 1 that is operational - in the Smithsonian Institution.  However, that doesn't mean they aren't still making the rounds showing Americans how far we have come with electric transportation.

Old School meets New School: Model S poses next to one of the last living GM EV1s. If you're in Massachusetts, come check them out on WPI's main campus today.

Close Up of EV1