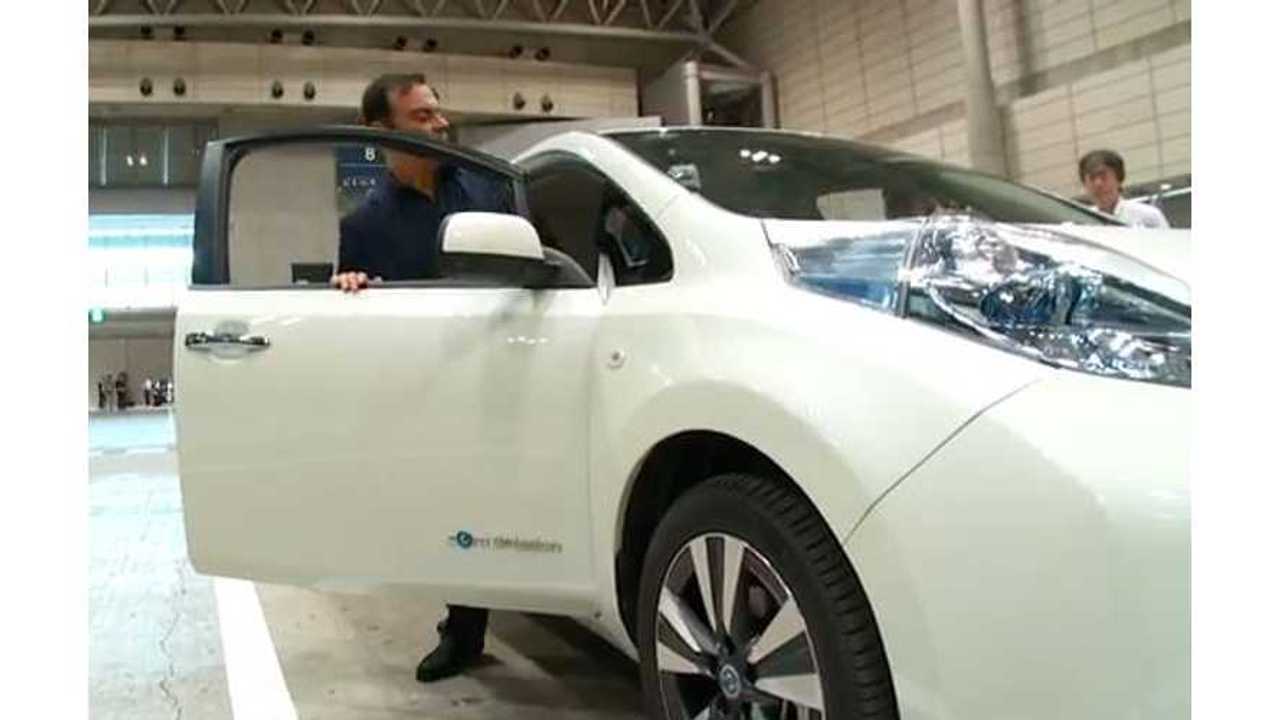 Nissan CEO Carlos Ghosn certainly wasn't the first person in the world to be put behind the wheel of the autonomous Nissan LEAF and he definitely won't be the last, but Mr. Ghosn had to try out the technology as the public gets to experience it in action at CEATEC Japan 2013 (October 1 through October 5).  So, Ghosn booked a trip to the expo-Japan's largest IT and electronics get together-to sample what his automaker has to offer.

"After riding in the Nissan LEAF at CEATEC Mr. Ghosn said Nissan's research and development had progressed rapidly since he tested an early prototype behind closed doors two years ago."

"The public sense that this is something of the future - something that they need and that they will use.  Now, the pressure is on us since we have launched this wave of attention about the technology."

"It's a fascinating experience and I think we have the talent and the engineering - and the passion also - to bring back the Nissan of technology through something meaningful. And this is meaningful."

What's your take on autonomous drive?  Is it the future? Or just a gimmick that will never catch on?