Electric White Zombie Claimed to Do 0 to 60 MPH Dash in 1.7 Seconds (w/video) 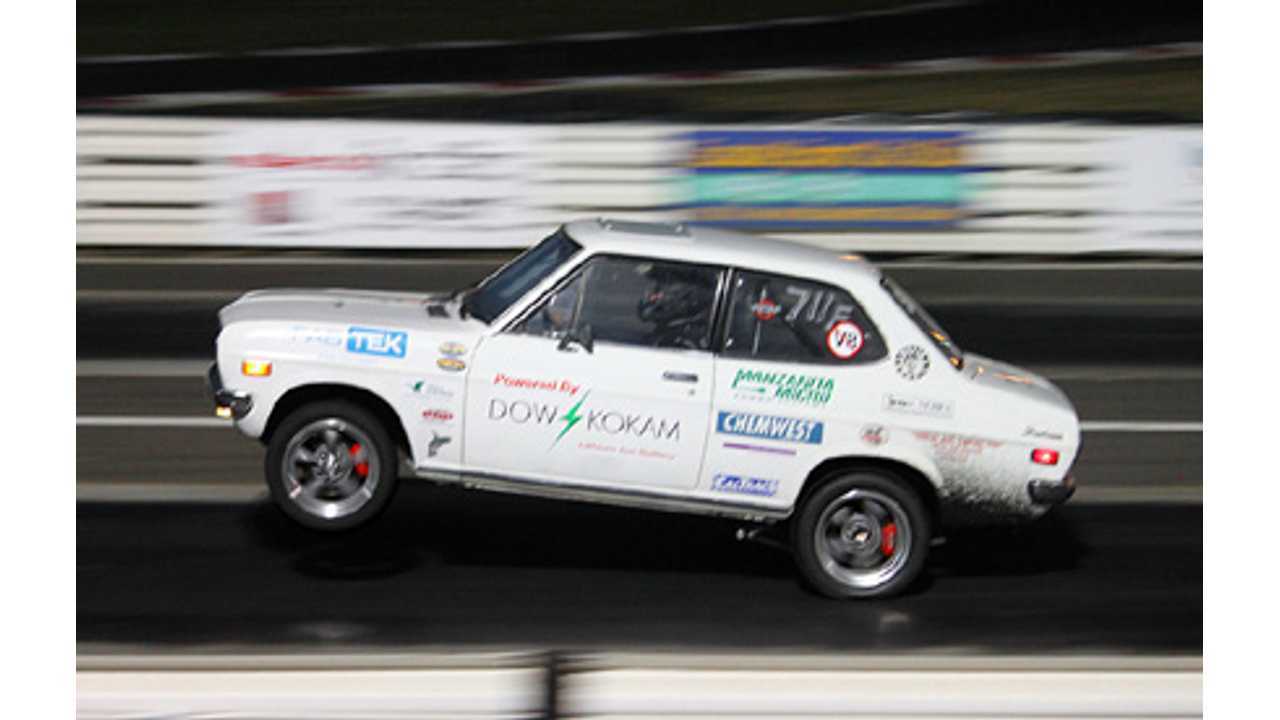 Okay, stick with us while we try to explain this one.

A week or so ago, a college-level team put its DUT12 electric racer up against the clock in the 0 to 60 mph dash.  The result was a time of 2.15 seconds, which Delft University of Technology claimed to be a record for electrics.

It was indeed a record, as no other electric has clocked an official 0 to 60 mph time quicker than that.

In steps John Wayland, owner/builder/creator of White Zombie, one of the world's quickest electric and holder of the 1/4 and 1/8-mile records for road-legal EVs.

A commenter on AutoblogGreen says he posted the DUT12 record on the local SEVA (Seattle Electric Vehicle Association) site and received this response directly from John Wayland:

"NEDRA records 1/4 mile and 1/8 mile ETs and trap speeds, but racers can calculate their 0-60 mph runs by using 60 ft. times, 1/8 mile ETs and trap speeds, weight vs time, and by other very accurate calculations. Many have used GPS to do the same. Using the well-respected Wallace Racing Calculator on line, calculations for EV racers are always a bit slower than our actual times, because this calculator doesn't take into account the EV's massive launch torque over the gas-power machines the calculator was created for. Nonetheless, this calculator comes close for us. Using one of the Zombie's time slip runs as an example - it's 6.4 @ 109 1/8 portion of a low 10 second run, the Wallace Racing Calculator has the Zombie's 0-60 mph in 1.9 seconds."

"Not to disparage college kids (more power to them), but hitting 0-60 mph in a pinch over 2 seconds in an experimental single person 'craft' the size of a child's go kart that only weighs 329 lbs., shouldn't be held up as some sort of record being compared to real cars - although calling the skeleton-looking tube frame near-bodiless Ariel Atom a 'car' is quite a stretch as well!"

"These students are to be congratulated however, for having the moxie to go for acceleration and the fun factor!"

So, what Wayland is saying is that White Zombie can do the 0 to 60 dash in 1.7 second and that it has done it several times.  It's just never been documented or made official.

To Wayland, we say make it official.  Until then, DUT12 holds the record.