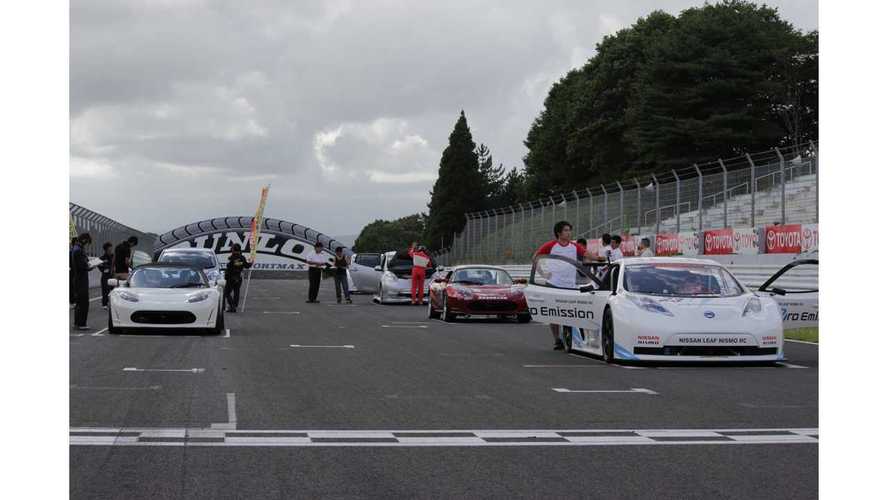 In latest episode of TRANSLOGIC, Bradley Hasemeyer had a chance to drive the younger and wilder Nissan LEAF brother - the LEAF NISMO RC.

The LEAF NISMO RC recently was available at the Nissan 360 motoring event in southern California and provided Nissan COO Toshiyuki Shiga with fun times behind the wheel.

The NISMO RC's battery pack is only good for approximately 20 minutes of hard driving at the track.  So, according to Nismo President Shoichi Miyatani, if the LEAF NISMO RC were to compete in races, battery swapping would have to be considered  just like in Formula E.

Miyatani did not forget to boast that, last year at one of the All Japan EV-GP Series round held in Sodegaura Forest Raceway, LEAF NISMO RC was able to win against Tesla Roadsters. Of course, the Roadster isn't a proprietary race car, so this is not an apples to apples comparison.

Anyways, the next step for Nissan and Nismo is the ZEOD RC - Zero Emission On Demand Racing Car that will supposedly hit 300 kph (over 180 mph).