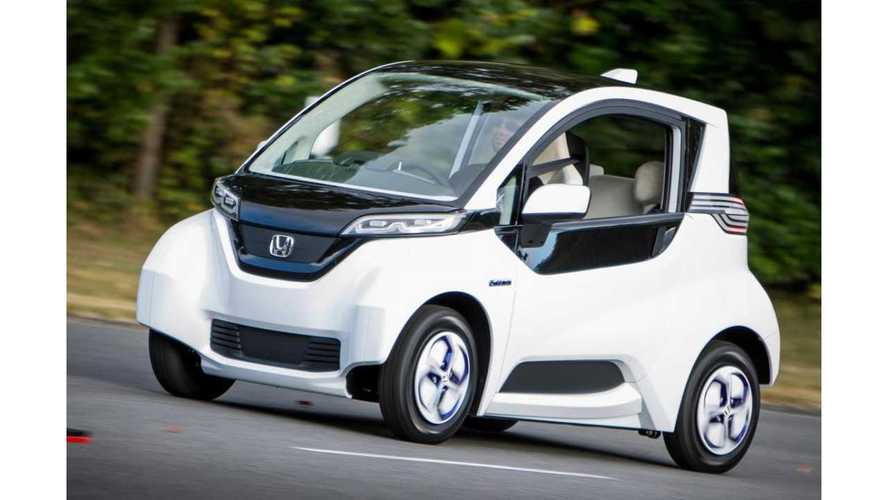 Details are sparse on this little creation, as per usual Honda.

To make it even more difficult for us, Honda shows off plenty one-off designs that may never see the assembly line. I'm starting to think Honda likes to show us what we can't have, and surprise us with the launch of something we've never seen. Here we go again.

What we have here is an electric micro commuter (MC) in two variations. The autonomous version is called the MC-α and the updated version of the previous micro commuter concept is called the MC-β. Both run on electrons and carry either two adults or one adult and two children.  Both versions will be on display at the upcoming Tokyo Motor Show.

The motor appears to be downsized at 15kw. The battery needs of this car are small  (how small is anyone's guess since Honda doesn't say), and then there is the range, which it too is downsized (37 mpc). Honda hints that the price for a marketable version of this would cheap (okay, maybe Honda doesn't say cheap, but it certainly won't be expensive.)

Oh, one last bit, Honda envisions that this car will connect to your house. Honda has teamed up with Toshiba and Sekisui on this project, and has included the FCX Clarity on the fully connected unit.

We hope to shed some light on the build materials, total weight, battery size and how it all integrates into a home once the Tokyo Motor Show begins next week. Stay tuned.

Honda's Schematic That Goes Along With the Micro Commuter Concept