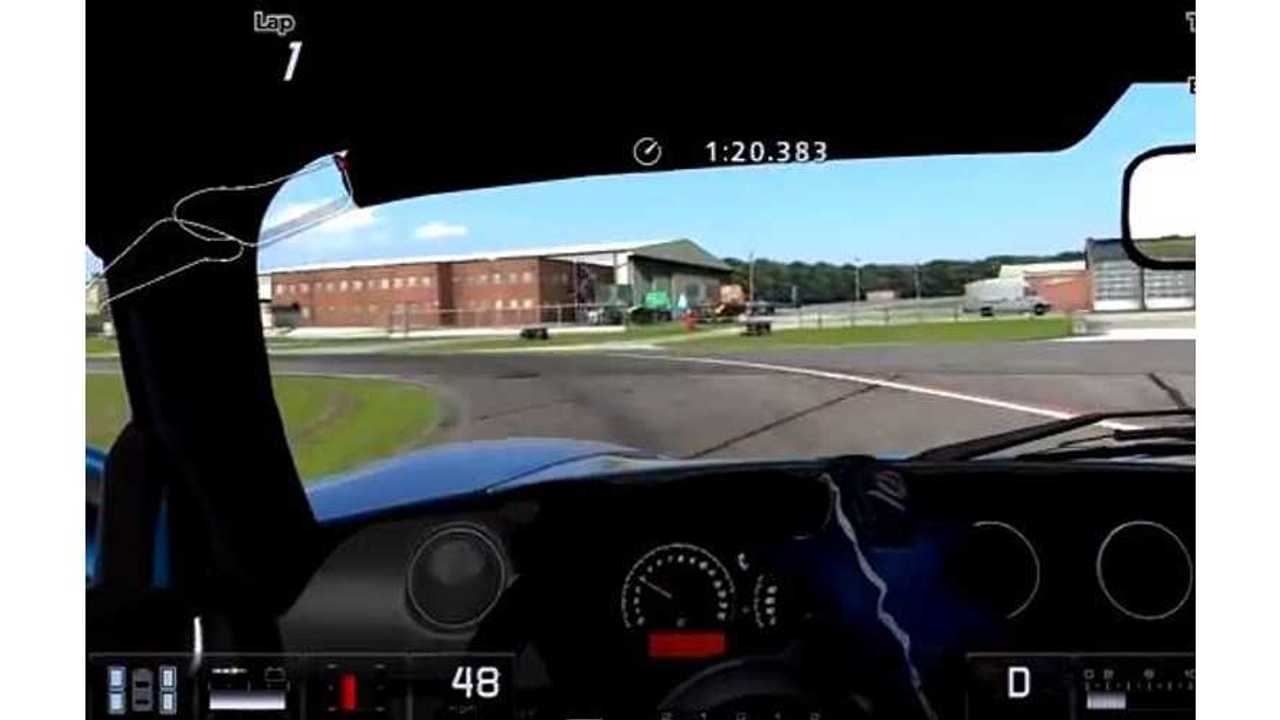 Back in the day, BBC's Top Gear took a Tesla Roadster out on its test track.  In typical Top Gear fashion, the electric broke down.

We suppose it would be enlightening to post on the antics put on by Top Gear, so let's get that out of the way now:

While each of these statements hold a grain of truth, that's all that's there...a grain.

Roadster was purposely run out of charge.

Range of 55 miles was achieved when driven continuously flat out on a race track.

Motor overheated after repeated laps of the track.

Both vehicles were available for test driving, had Top Gear not overdriven them and overheated the vital components.

You get the picture, right?

Well, finally the Tesla Roadster returns to the Top Gear test track for a second crack at setting a decent time.  Unfortunately, it's a virtual Roadster on a virtual Top Gear track.

Tesla has since shunned Top Gear, so it's unlikely we'll see the automaker send them a real Roadster or Model S for testing, especially not for on-track testing.

In the virtual world, the Roadster seems to fare absolutely fine.

In related news, Top Gear USA recently tested out a Tesla Model S.  The verdict?  It's the best thing since sliced bread.  Wonder if BBC's Top Gear crew is jealous that its US offshoot got a crack at the Model S first?