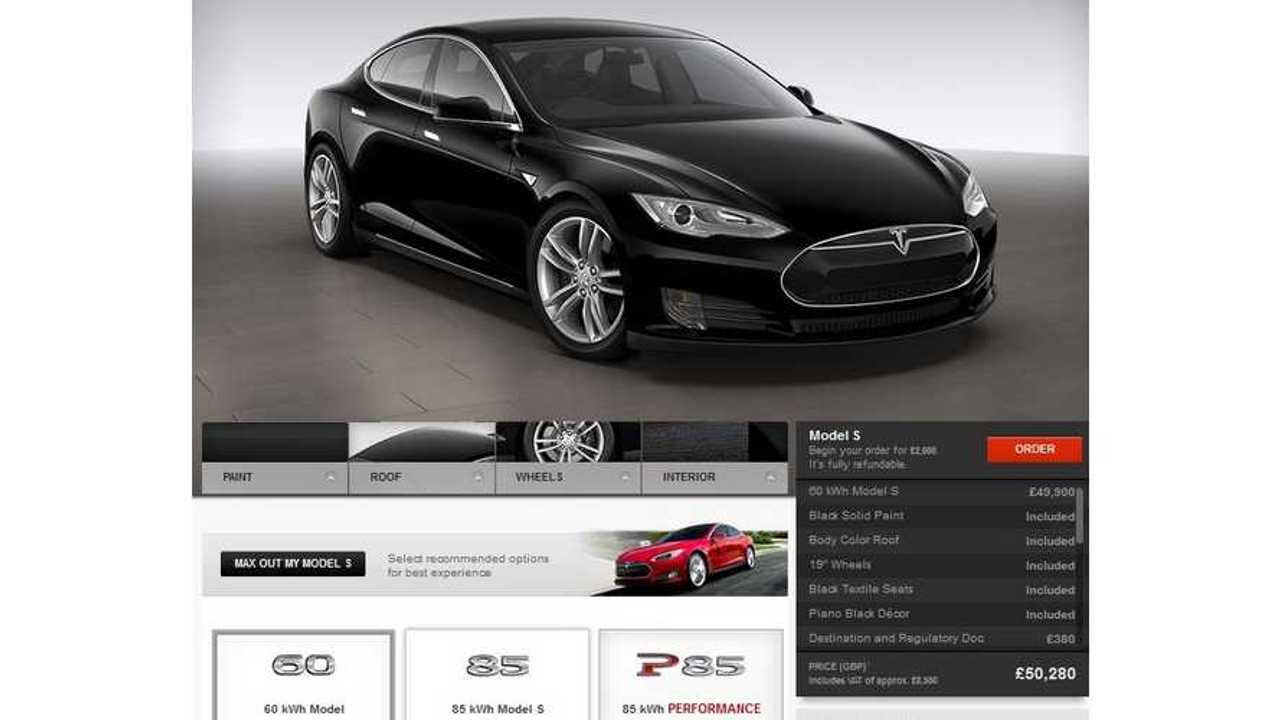 Tesla Motors has released pricing details for the right-hand drive Model S in the UK.

First UK deliveries of the Model S in the UK are expected to begin in March of 2014, provided that you initiated your order several months back.

According to Tesla, deliveries will be handled first-come, first-served.  Though we Americans know that it usually doesn't work this way when it comes to Tesla.

We suspect that UK buyers of higher end Model S sedans will receive delivery priority, while buyers of the 60-kWh version will wait a bit longer. That's the way it works with Tesla.

We have included pricing for each specific version of the Model S in the UK in some nifty graphics that outline what is standard for each version (which I must say are far easier to decipher than a bunch of words):

Of particular interest to those who are just now ordering a Model S in the UK, those units won't arrive until May or June of 2014.  So, if you're placing your Model S order in the UK today, don't expect to be in your driveway before at least May of next year.

We don't expect the Model S to be all that popular in the UK based on the simple fact that the UK lags behind most of the world when it comes to adoption of pure electric vehicles.

Add in that most car buyers in the UK opt for modestly priced, small vehicles and we can conclude that the Model S will be a low-volume offering there.  On the flip side, the Model S is a huge hit in the US' wealthiest cities where extravagance is always on display.

As is the case in the US, we don't expect the Model S to be offered by lease in the UK.  Yes, there's something called a lease for the Model S in the US, but those in the know understand that it's not a lease at all.  It's a long-term loan with a guaranteed residual buyback rate.  So, it's called financing your purchase or being able to buy a Model S without all the cash required up front.  Definitely not a lease.

That's a Whole Lot of Coin