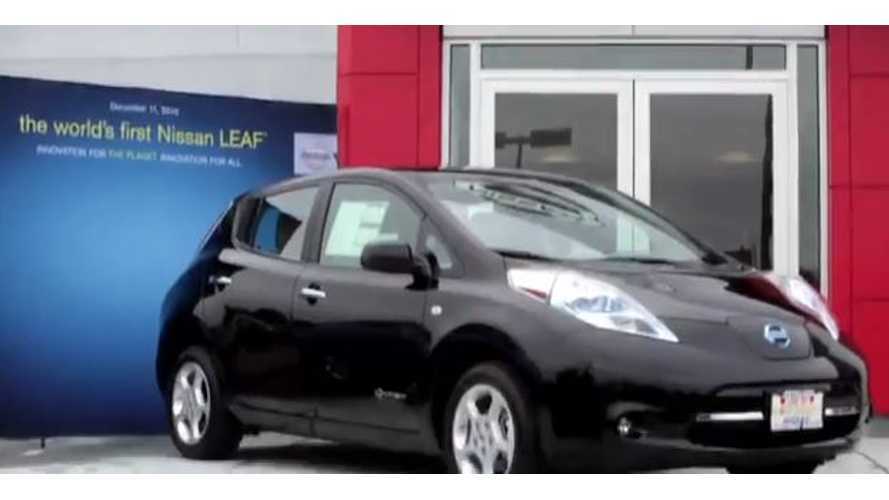 The world's first Nissan LEAF owner, Olivier Chalouhi, has now been behind the wheel of his LEAF for nearly 3 years.

In that amount of time, most drivers established either a "love it" or "hate it" attitude towards their vehicle.

For Chalouhi, it's a "loooooove it" response that grows longer by the day.

Chalouhi was asked by Nissan to provide an update on his time spent with the LEAF.  Some of his remarks are found below:

"You can put three kids in the car with no problem, which is great when you have three kids."

"The way it drives, the silence and the comfort you get from an electric car that would be the primary choice today. And there's an added benefit that it's good for the environment."

"99 percent of what I do is going back and forth to work and dropping the kids and doing some errands. And that, the car does, and I know it does because I have done it for three years."

Chalouhi's LEAF now has over 30,000 miles on its odometer.  This particular LEAF sees less than 50 miles of driving on a typical day.

"Now there are a lot of charging stations."

Chalouhi is a LEAF salesman of sorts.  He says several of his friends have bought LEAFs after test driving his and he thinks that "word of mouth" is the single biggest factor leading to increased sales.