Via Motors VTRUX to be Available for Public Test Drives at LA Auto Show; Via to Unveil "Surprise" in LA Too 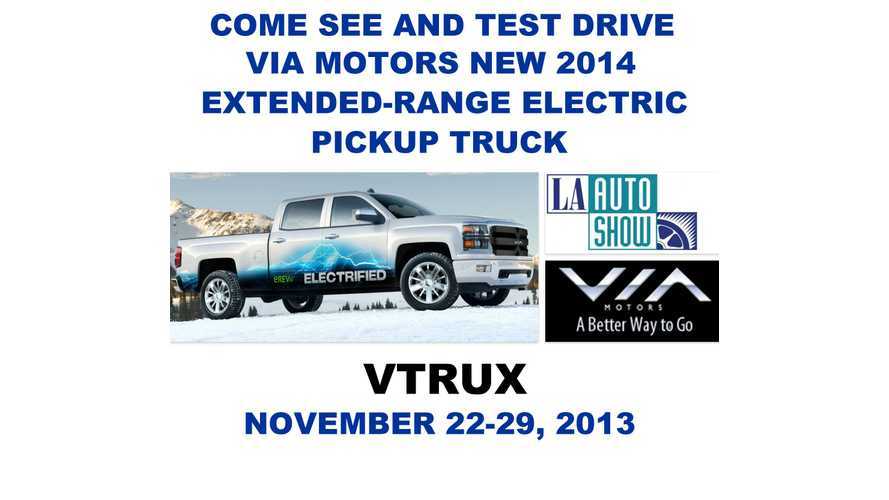 It looks like VIA motors is really focused on the California market for the launch of its upcoming lineup. VIA's  been in the news quite a bit lately, as we've covered their crash testing results for the van and VIA's new manufacturing facility (now updated with a sneak peak video detailing the facility in Mexico).

Now, it seems you can take a test drive, kick the tires and inspect the drivetrain of VIA VTRUX plug-in truck next week.  There have been no further hints as to what "surprise" VIA has for us, but we could guess it might be another concept vehicle.

In the past shows, VIA has shown the auto show audiences its "Presidential Luxury SUV" and "800 hp Monster Hybrid" off-road beast! (pictured right)

"Will you be in Los Angeles for the LA Auto Show? Join VIA Motors at the LA Auto Show Nov 22-29 and come see and test drive the world's FIRST extended-range electric pickup truck, VIA's "VTRUX," which averages 100mpg in a 402 horsepower vehicle. We will be unveiling a surprise, in addition to VIA's new 2014 truck!"