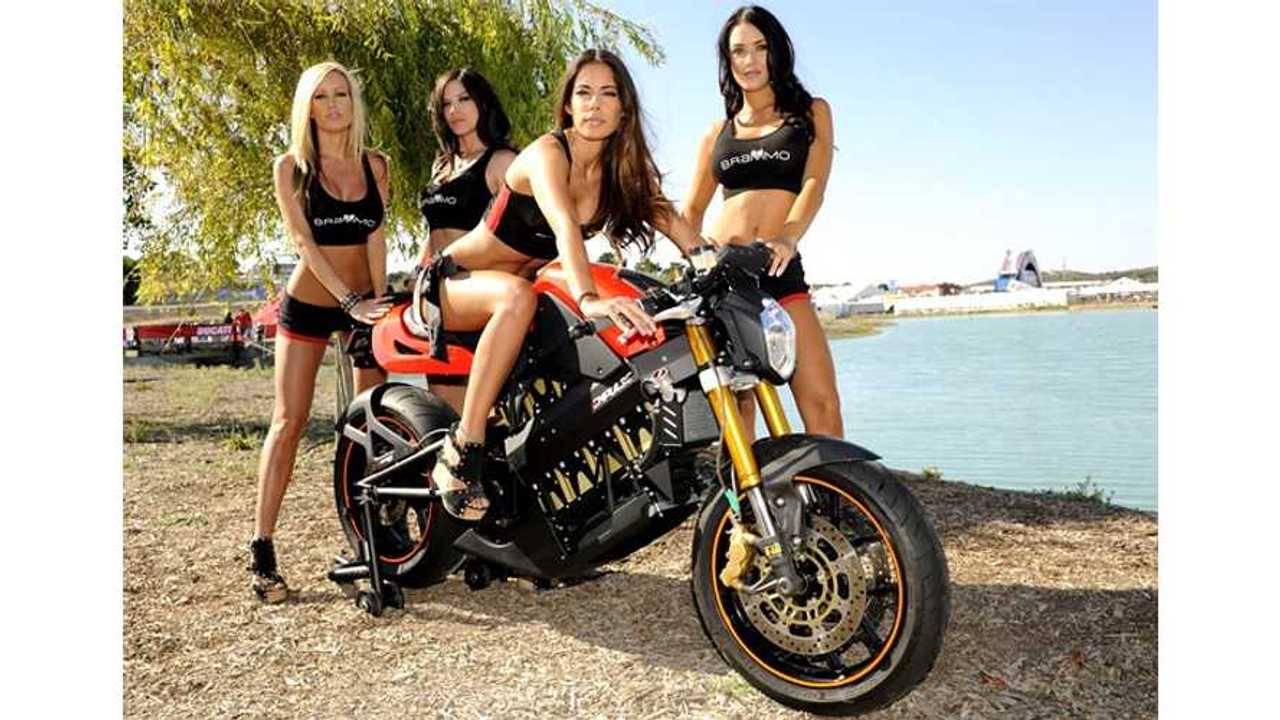 Like Tesla Motors before it, Brammo is now eying an IPO.

Brammo's Craig Bramscher told Sustainable Business Oregon that the electric motorcycle maker hopes to file its IPO in 2015 and is looking top raise some $150 million in funds from private investors before going public, where the company thinks it'll raise $150 million more.

The IPO filing is notable, although some other details released by Bramscher are far more intriguing to us.

Bramscher says that Brammo has rather secretly been working on an electric sports car and that development of it is 85% complete.

"I thought, when I sold Dream Media on my very lucky day with the stock market, I thought I'd buy a 'super-car.  It turned out my 'petiteness' wouldn't fit into a Lambourgini or a Ferrari."

Bramscher describes himself as a large, athletic man and the problem was that modern-day supercars aren't made in his size.  Brammo set out to make a supercar that could satisfy Bramscher's need-for-speed and that could fit a person of his size.  The budget was set at $200 million for development and apparently Brammo is well within that financial constraint.

"We had all these tools for building a very fast car, but when we built this exotic one-person motorcycle and took it on the road, we thought, this is it."

First comes the private funding and IPO though.  Then, Brammo might just shock the world by releasing this near-complete electric supercar.  Consider us geeked as we now must anxiously await the day when this Brammo car launches.