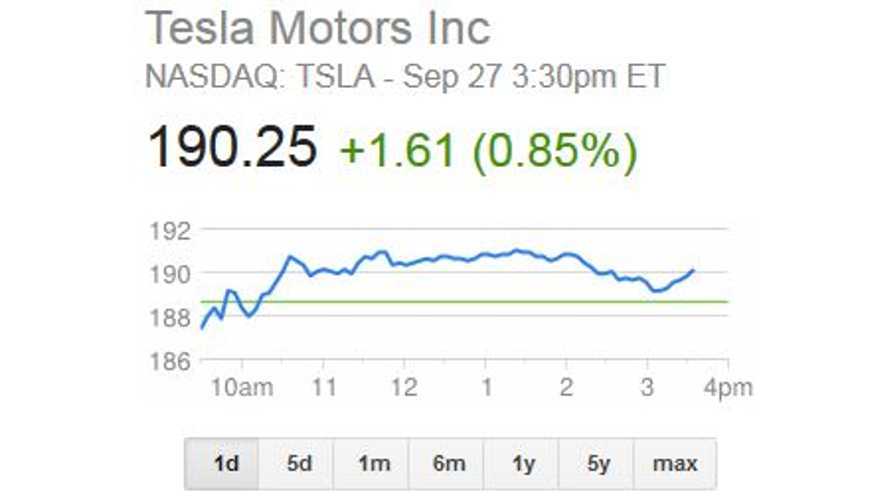 The roll that Tesla Motors is on seems to be never ending.

TSLA stayed in the $190 range for most of the day.

Market cap, which is what Tesla will likely draw from to speed development of Gen III, is now over $23 billion.