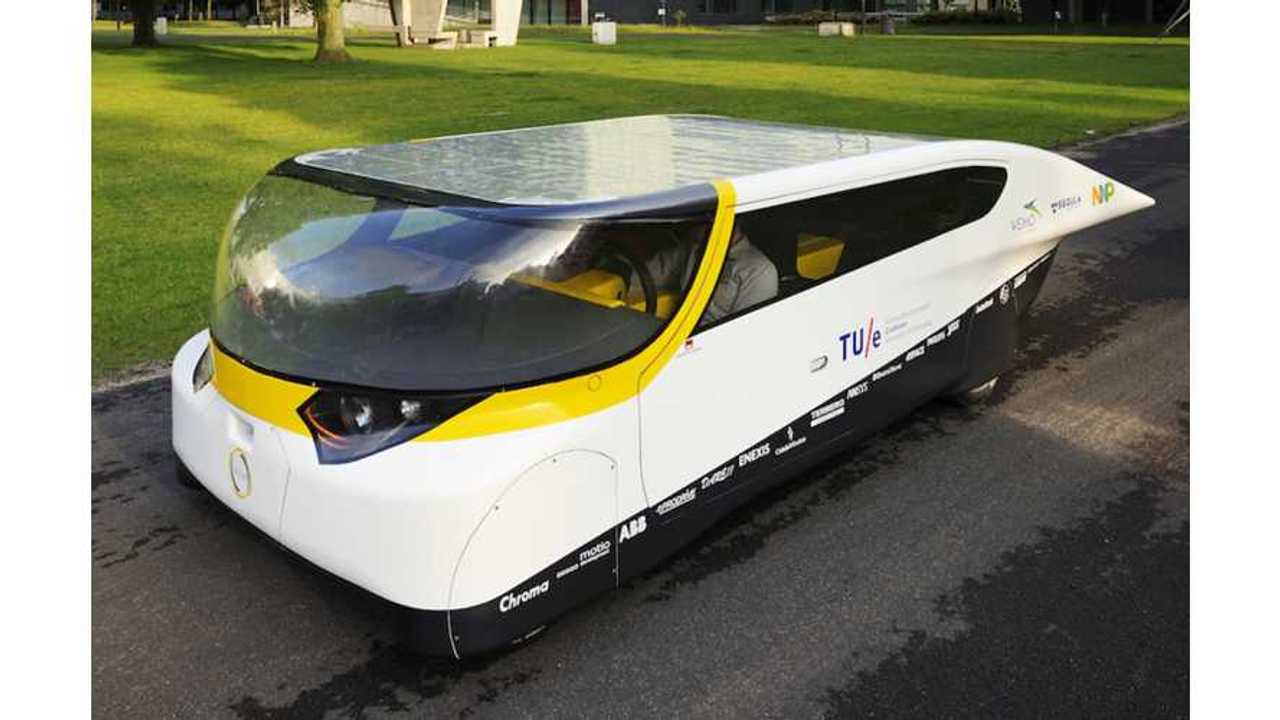 Students from Eindhoven University of Technology are prepping solar-powered Stella for the 2013 Bridgestone World Solar Challenge (October 6 to October 13).

In the run-up to the rally, the students took Stella for a stroll.  544miles later, Stella came to halt.  The team had covered that distance on a single charge under partly cloudy skies.  At 544 miles, Stella far exceed the team's expectations of 497 miles of total range with clear skies overhead.

The Solar Team Eindhoven vehicle draws most of its energy from the 6 roof-mounted solar panels, but features batteries for long-distance travel and to assist when burst of acceleration are required.

Stella is claimed to be one of the world's only energy-positive vehicles.  This means that in daily use, Stella generates more energy that it consumes.  The surplus energy could be sent back to the grid.

In less than one day, Stella will take part in the 2013 Bridgestone World Solar Challenge, where universities from around the globe will compete in a 1,620-mile race through the Australian Outback.

We'll be the first to say that Stella isn't all that attractive, but with it being energy positive, we'd gladly take one.