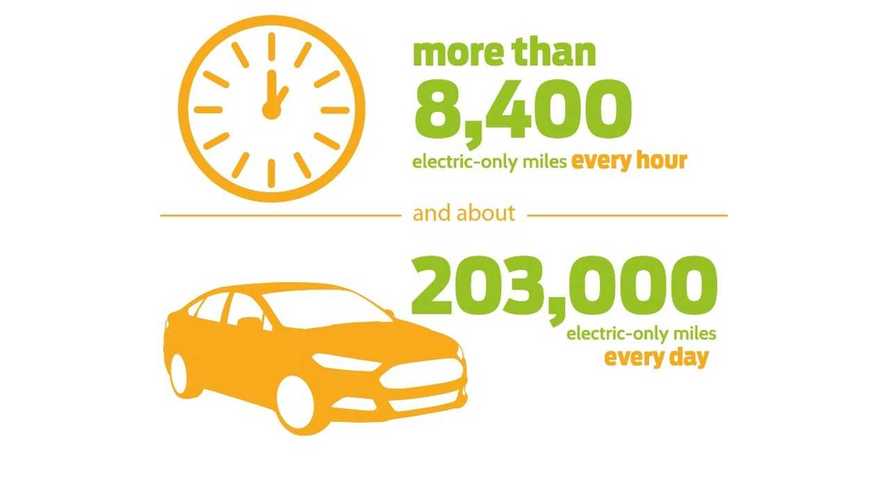 Ford's Plug-In Hybrids Sure Do Rack Up the Electric Miles

Ford's duo of plug-in hybrid vehicles are really starting to rack up the electric miles.

According to automaker, "Ford plug-in hybrid vehicles rack up enough electric-only miles every day to drive around the earth nearly eight times."

How many miles is that?  Well, Ford says its "plug-in hybrids are being driven about 203,000 electric miles every day and more than 8,400 miles every hour," according to data collected through MyFord Mobile, available on all of Ford’s plug-in vehicles, including the Focus Electric, which doesn't factored into the 203,000 electric miles daily amount.

Our tally shows that 8,501 Ford plug-in hybrids (Fusion Energi and C-Max Energi) were sold in the US as of the end of August.

Here are a few more highlights from Ford:

"The data demonstrate plug-in hybrids are being purchased and used by customers in a way we had hoped, in that they drive many of their trips during the week using electricity only, and call upon their hybrid engine when needed for longer weekend trips.  It confirms for us that coupling the right infrastructure with the right product can lead to a strong, positive impact on the planet."