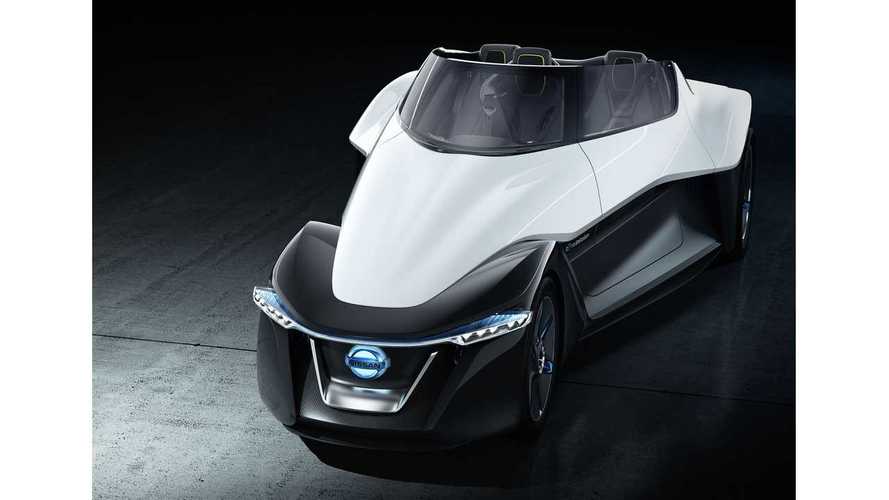 InsideEVs detailed the Nissan BladeGilder Concept last Friday.  As radical as it is, our initial thought was that there was little chance this electric, head-turning machine would enter production.

Turns out, we were wrong.

Nissan now says that the BladeGlider (or something quite similar to it) will enter the production cycle within three years.

"When I was growing up the principle was that young people wanted a sports car and their parents hated the idea of them - the problem with all of today's sports cars is that they are actually owned by parents. We are exploring ways of getting back to a sports car that is affordable, challenging and appealing for young people."

"I've driven the prototype, and it is unlike anything I have sampled before.  This is the car that takes advantage of all the packaging benefits of an electric powertrain. All that weight and the set-up of the front racks means that the car is incredibly pointy, but the rear track and downforce mean that you can catch the oversteer with amazing ease."

Notice Palmer's enthusiasm?  Palmer further confirmed to Autocar that the BladeGlider will be in production in 3 years and that it'll be positioned below the Nissan 370Z, which means it won't be nearly as expensive as most would have thought.

We suspect that the BladeGlider will be altered rather significantly as it makes its way into production, but the basic premise of an extremely lightweight electric sports car that's both affordable and fun to drive will remain.

*Side note: This post marks #3,000 for InsideEVs.  You can bet there will be thousands more to come.