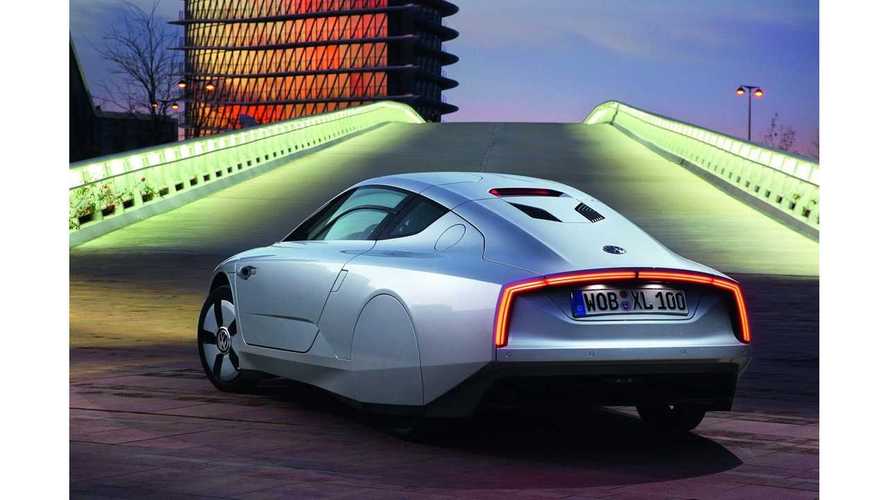 Imagine a High-Strung Ducati Engine in This VW

Volkswagen’s head of R&D, Hans-Jakob Neusser, revealed engineering, development and testing of the Ducati-engined XL1 is well underway. "Yes, we are working on it internally. It is a very special project."

Dubbed the XLR, VW is reportedly in the process of putting a standard XL1 on steroids.  The process involves ditching the XL1's 800-cc turbodiesel engine in favor of a 1,200-cc Ducati superbike motor.

More specifically, VW is supposedly sourcing the engine from the Ducati 1199 Panigale superbike.  That particular engine cranks out 187 hp at 10,750 rpm and 91 pound-feet of torque at 9,000 rpm.  The current XL1's tiny diesel engine, combined with its electric motor, only put out 68 hp and 103 pound-feet of torque.

It's not yet known if the radical XLR will remain a plug-in hybrid.  Some sources suggest that the high-strung XLR will ditch the electric motor and battery pack to cut weight.

It's believed that5 the XLR will make it world debut at the 2014 Geneva Motor Show before entering the production cycle.  Like the XL1, the XLR will be an extremely limited production vehicle with an outrageously high price tag.

Our hope is that VW doesn't ditch the XL1's plug-in setup in transforming it into the XLR.