Dispelling Some Myths About The Environmental Impact Of Electric Vehicles 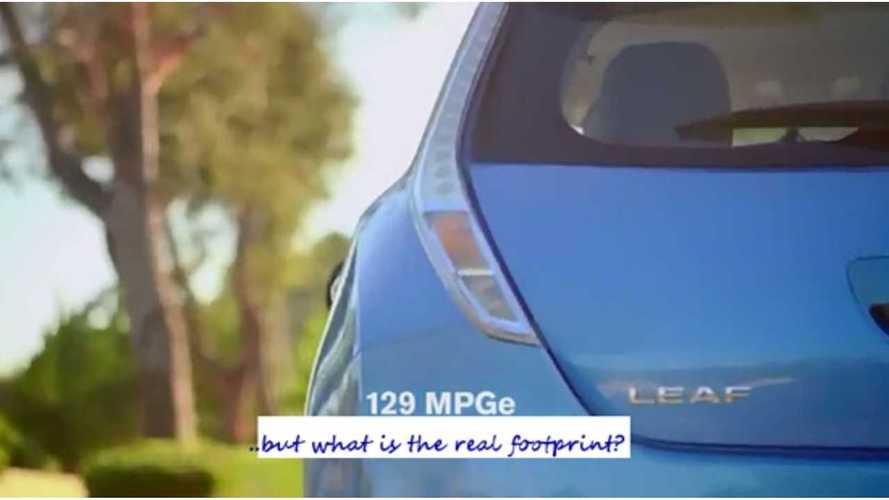 Dispelling Some Myths About The Environmental Impact Of Electric Vehicles product 2013-09-26 15:55:30 https://insideevs.com/news/319218/dispelling-some-myths-about-the-environmental-impact-of-electric-vehicles/ General, sidebar
Sep 26, 2013 at 11:55am
++Share

Getting a Nissan Leaf in 2012 was almost a no-brainer for us. Despite being EV-uninitiated, scientific and general knowledge, plus inquiries with Seattle City Light about their grid (done when we pondered installing solar), made the environmental calculation clear-cut.

The persistent controversy about EVs' environmental footprint surprised me, so I delved deeper into source material - various articles and life-cycle analyses (LCAs) of the EV. I shared my results in two Daily Kos blog posts: one regarding GHG footprint, and one regarding other environmental impacts.

The GHG (greenhouse-gas) question is more well-defined. I've learned fairly quickly that despite conflicting narratives, all recent LCAs peg a Leaf-like compact EV's average GHG emission over the first battery-pack's life somewhere between equivalence to a conventional (Prius-like) compact hybrid's, and ~20%-30% smaller. Moreover, all LCAs agree that the magnitude of local variations is huge due to different electricity-grid mixes. The gap between different authors' estimates is due mostly to 2 factors:

There was one teeny point that no LCA dared touch: the GHG impact of Oil-related militarization, war, spills and disasters. Which means that Oil gets a "free GHG ride", for precisely those ill-effects that make it so unpopular.

After a lot of digging, I found one scientific article from 2010 tackling the military/conflict part of the issue. Based on their results, I dared to add a 7% Oil-Troubles overhead for each ICE mile driven (on top of ~30% average overhead tacked on by standard analyses for all other well-to-pump emissions).

Amortizing a compact EV's battery over 60k miles (the current range-warranty offered by Nissan), I concluded that 2013-model compact EVs emit on average about 10%-60% less lifetime GHGs than 2013-model compact ICE hybrids, and 30%-70% less than 2013-model ordinary compacts. The larger savings are achieved on cleaner grids, and assuming the EPA/ANL battery numbers (I allowed for a range of 5-12 kg/kg in my calculations). The Tesla S, too, whose battery can be safely assumed to live at least 100k miles on average, comes out distinctly greener over 100k miles than the best luxury hybrid, almost completely reversing what the Climate Central report had claimed.

Furthermore, EVs are slated to reduce their footprint much faster than ICE, because they benefit from multiple reduction mechanisms:

All these numbers are very approximate and indicate the average footprint. One should keep in mind that the different between individual usage patterns, even of the same vehicle model in the same geographical region, can easily lead to a 20% gap in footprint. Furthermore, LCA as a whole is a young science, and ICE cars have been given much less LCA scrutiny than EVs.

For example, I found no reference about the GHG overhead due to ongoing ICE maintenance; presumably it is not large. The second post dealt with other environmental impacts. Here I remind readers that the 800-pound gorilla in the room is EVs' huge potential in ending Oil's monopoly over transportation.

Oil and Oil politics are arguably the worst offender in the gang of climate criminals. What enables this misbehavior is that in people's minds as well as in economic calculations, Oil is still seen as having no alternative. So shattering Oil's monopoly is of immense importance. As to EVs and other pollution: there are issues to work on in the EV production cycle, such as acidification, but it is fairly benign compared to ICE tailpipe emissions and to the wells-to-pump Oil damages.

The Most Compelling Case Against EVs Is Automotive Transportation Itself

I expose Zehner's text as a classic hit piece, serving to incite and vilify rather than to inform and educate. His scientific content on pollution is sketchy at best; even he doesn't dare say EVs' GHG footprint is worse than ICE, and he nearly ignores that topic altogether. Chatter about "very rich" and vanity, which takes up about half the text, is pure demagoguery. I handle that in my post, and it's not worth repeating here.

The only argument carrying merit is that EVs do not move us away from cars and towards transit, cycling and walkability. That is correct, and we should all keep in mind this limitation of EVs. Progress on EVs should never hold up progress on making our society less car-dependent.

However, EV technology per se is not anti-transit. I bring examples for exciting new electric-bus developments already being implemented by transit systems across the world (examples I've learned about from insideevs.com).  More generally, if the environmental movement cannot learn to walk and chew gum at the same time, then we are all doomed anyway. It is possible to work on transit, cycling and walkability infrastructure, and simultaneously work on moving motorized transport from Oil to electric - without one arm trying to slash the other off.