Having recently gone through two "fire incidents" after an accident in the past 5 weeks, a third fire Model S has caught fire under potentially a similar condition.

And while the first two fires happened after the Tesla plug-in sedan had taken some serious damage, this Model S looks to have suffered less damage before the occurrence - although we would stress patience in jumping to any conclusions before an official investigation report has been released as this is BREAKING NEWS - that we will update as new information becomes available.

UPDATE (Nov 7th 10:39 EST):  The Tesla Model S in question reportedly struck a tow hitch on the road, and "hit the undercarriage of the vehicle causing an electrical fire."

A Tennessee Highway Patrol spokeswoman (Dalya Qualls) stated that "The driver, identified as Juris Shibayama, struck a tow hitch that was in the middle of a lane, which damaged the car’s undercarriage and caused the fire." 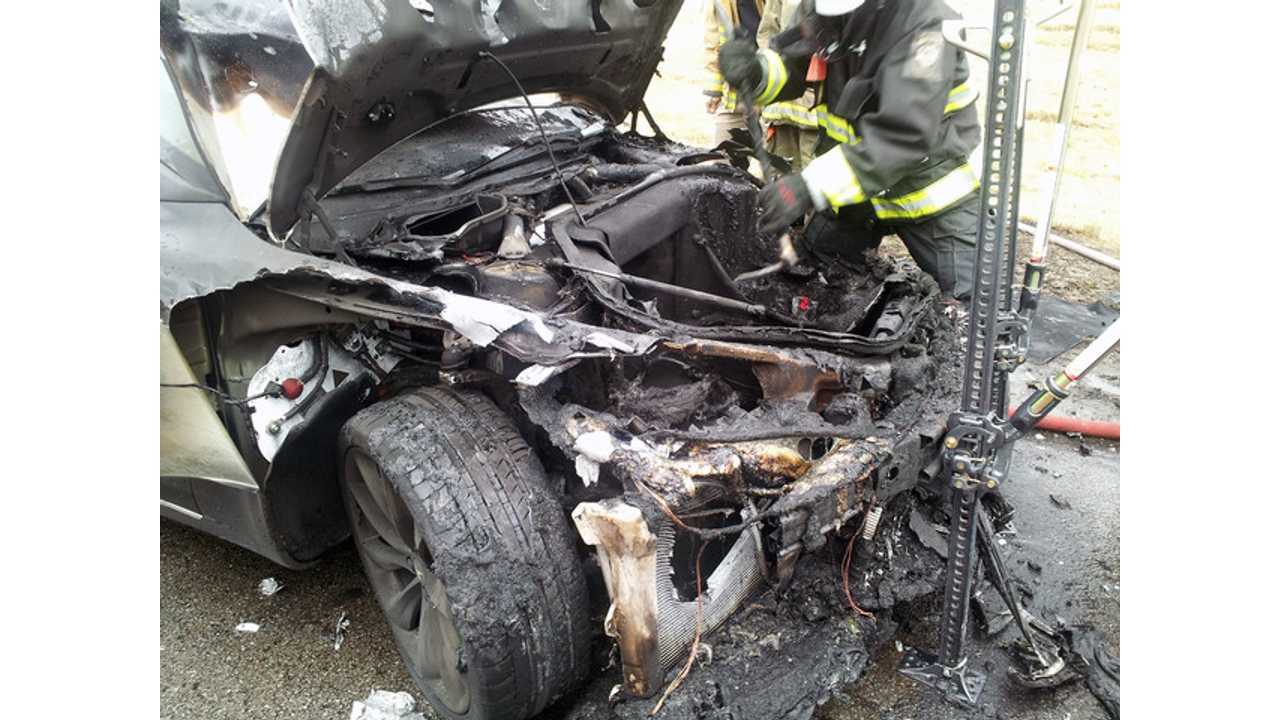 As a point of reference, the first fire happened approximately five weeks ago after a Model S "collided with a large metallic object in the middle of the road" which then "impaled the battery pack with 25 tons of force." The Tesla then caught fire after the owner safely exited his car.

The second fire occurred after an inebriated driver "lost control and crashed into the lining of the gazebo..." causing the vehicle to bounce, jump a curb and "demolished a part of the electrified fence" before "crashing into a tree. "  In that case, the Model S immediately caught fire.

In both of these initial incidents, the end result being a fire was not an unexpected result given the situations.

While this situation doesn't seem as dire as jumping onto an electrical fence, the driver - Juris Shibayama, 38, of Murfreesboro, Tennessee (according to Highway Patrol) did indicate that there was an accident/incident of some sort that could have cost  life. 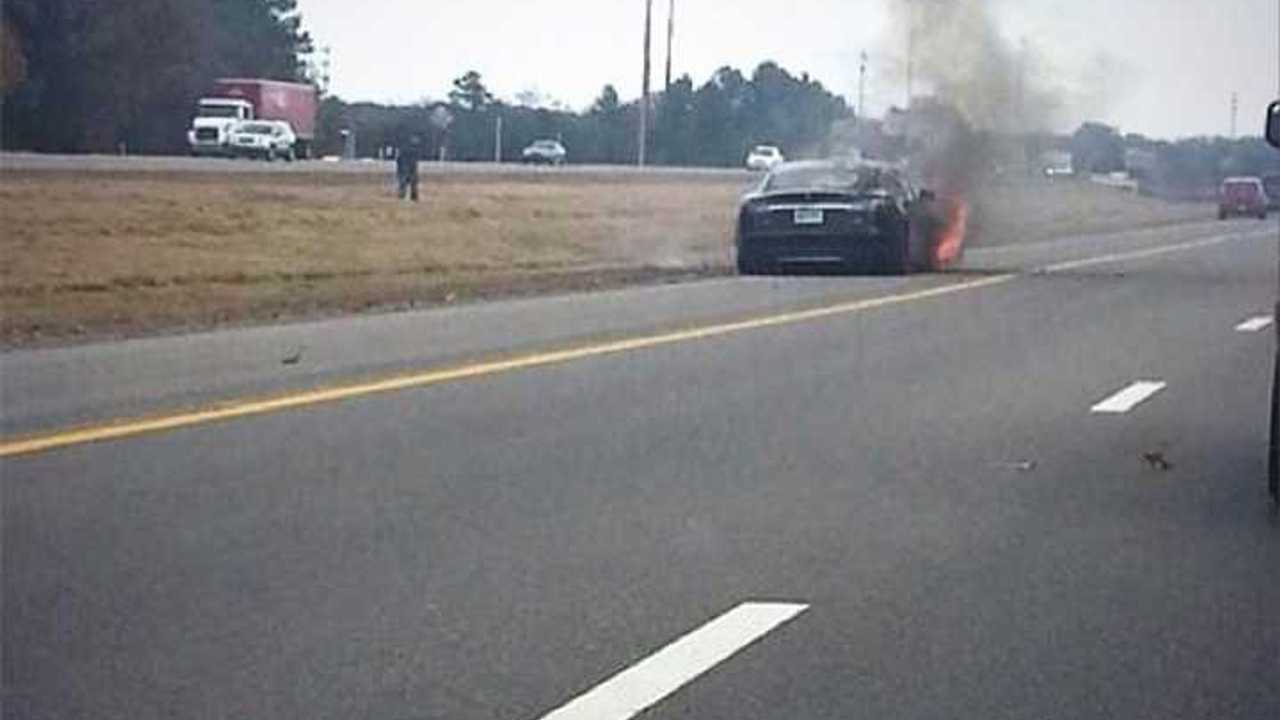 The first reports was from a Twitter user (E @ nasvillain ) posted a picture of the incident (above) and stated that it happened around 1:30 pm (2:30 eastern) south of Nashville in Smyrna on Wednesday - the user also said that an accident with another car had not occurred before the blaze.

The second report from "davanh" who also posted photos of the fire on Instagram (above right and below) also indicated that there was "no accident" when she passed by the fire - which not to say there was not, but apparently only one car was on the scene at the time.

Doug @ TeslaMotorsClub reports Tesla has made a statement (8:49pm):

"We have been in contact with the driver, who was not injured and believes the car saved his life. Our team is on its way to Tennessee to learn more about what happened. We will provide more information when we’re able to do so."

Reuters added this note from the Tennessee Highway Patrol:

"It's possible that it ran over a piece of metal (which we know know to be a tow hitch) in the roadway," police dispatcher Kathy Bryant said. "There was extensive damage."  Police do not know how fast the 2013 model year car was traveling, but the driver was able to pull over to the shoulder and get out of the car.

Understandably as word of this incident filters out to the general public, Tesla stock price is taking a hit following a recent quarterly report (story on that here) that also didn't do it any favors.

We expect to hear from Tesla Motors again shortly for a further update on the situation.