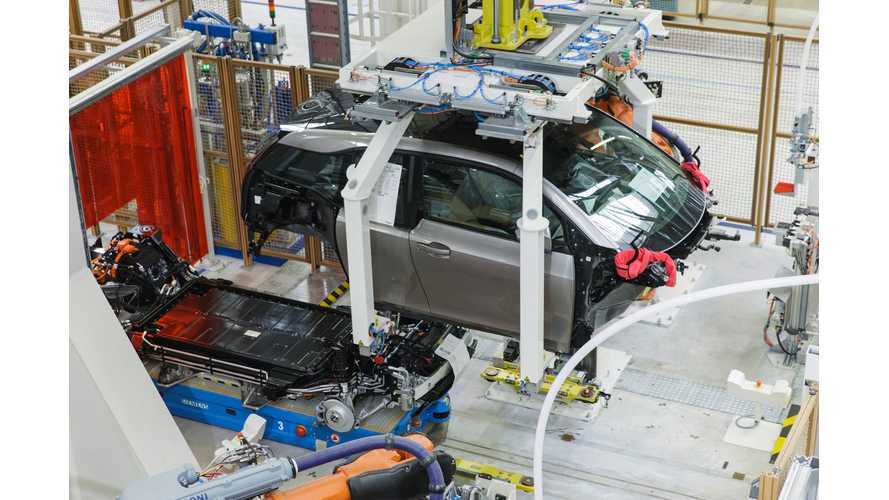 Produktion BMW i3 in Leipzig

Finally, after two earlier posts on carbon fiber, CFRP, battery and motors, now we get to see some BMW i3 assembly videos.

Fair warning: This is about 60 minutes of mind-blowing footage that's as detailed as we've ever seen.

This facility, like Wackersdorf, Landshut and Dingolfing (Germany), seems to be highly automated.

As in the case of Tesla Motors, most of the work in Leipzig is done by robots.

Preparing such production lines indicates that BMW for sure believes in future high volume sales of the BMW i family (i3, i8 and then other models in the future).