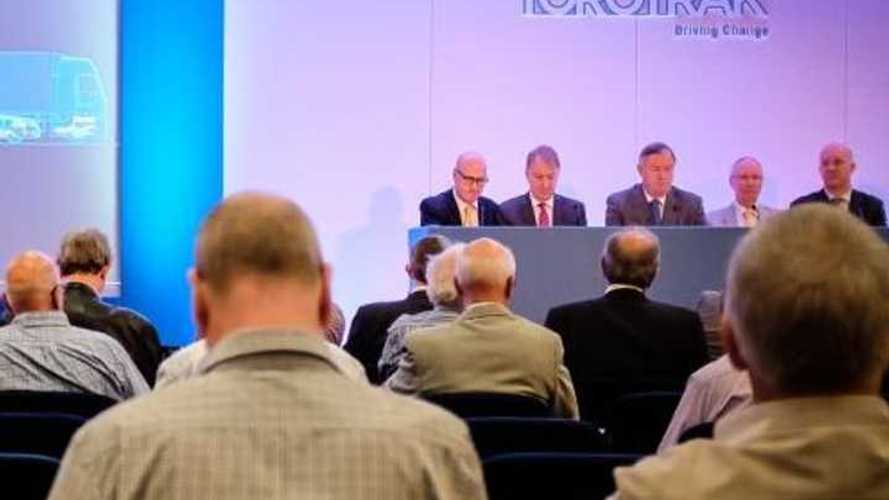 We'll preface this post by stating that this will likely be one of the most unusual articles you'll come upon on InsideEVs.

What's so unusual, you ask? Well, the CEO of Torotrak, a UK-based developer of infinitely variable transmission systems and flywheel technology for vehicles, made some harsh anti-EV statements at a recent automotive conference in London.  Usually, we'd have to turn to media coverage of such an event to get a gist of what a CEO stated at some conference held in a foreign country.

Not this time.  Oddly, Torotrak put out a press release, which has several of those anti-EV quotes made by its CEO.

Why would Torotrak release this?  Clearly, the trans-maker has an agenda and EVs don't fit in with its goal.

At the Automotive Cleantech conference in London, Torotrak CEO, Jeremy Deering, told delegates that the automotive industry was being misdirected as a result of distorted targets for CO2 emissions, based purely on tailpipe measurements. Citing unrealistic expectations for electric transport solutions, Deering called for a more balanced approach that recognised the whole life emissions of the different transport alternatives and that could help deliver more effective solutions, more quickly.

“Electric vehicles can have higher CO2 emissions than equivalent vehicles with an efficient internal combustion engines, when measured over their entire life cycle, but current regulations do not recognise this,” Deering explained. “The result is that electric solutions are portrayed as zero-polluters and attract enormous investment that steers funding away from potentially more effective and near-term solutions.”

Deering believes that electric vehicles have a major role to play in a future low carbon transport system, but argued that this should be alongside other technologies, such as improved internal combustion engines and mechanical (flywheel) hybrids. “The danger of over-investment in electric technologies in the search for an emissions ‘magic bullet’ is that progress is held back in other areas that could deliver more immediate CO2 savings across the mass vehicle parc,” he said. “Over the next 15 years, the total contribution to CO2 reduction from full hybrid electric technology will be far too small to make the impact we need compared to the overall reductions required.”

Deering highlighted industry’s search for a breakthrough in energy storage through advanced battery technology. “There has already been a breakthrough in energy storage,” he said. “It just happens to be mechanical, using high speed flywheels. It’s here and it works, so let’s use it now.” Pointing to Torotrak’s pioneering work with flywheels on both passenger cars and buses, Deering highlighted the efficiency, compactness and cost advantages of the technology that compares starkly with the costly, heavy and difficult-to-package electric alternatives.

Addressing the issue of long lead times for technology introduction, Deering told the conference that improvements could be made by both regulators and technology developers. The regulators, he said, should maintain stability of legislation, with long-term frameworks announced well in advance and harmonised across markets, where possible: the World Light Duty Test Cycle due to be phased in from 2017 was a welcome step in this direction.

The technology developers could also help themselves, he said, explaining how Torotrak had taken steps to move its technologies closer to market. “We have evolved our business from licencing early stage intellectual property to building investor-funded technology demonstrators, made under our own control,” he said. “This level of application engineering strengthens our relationship with OEM and Tier1 customers, and moves our technology towards market-readiness more quickly.”