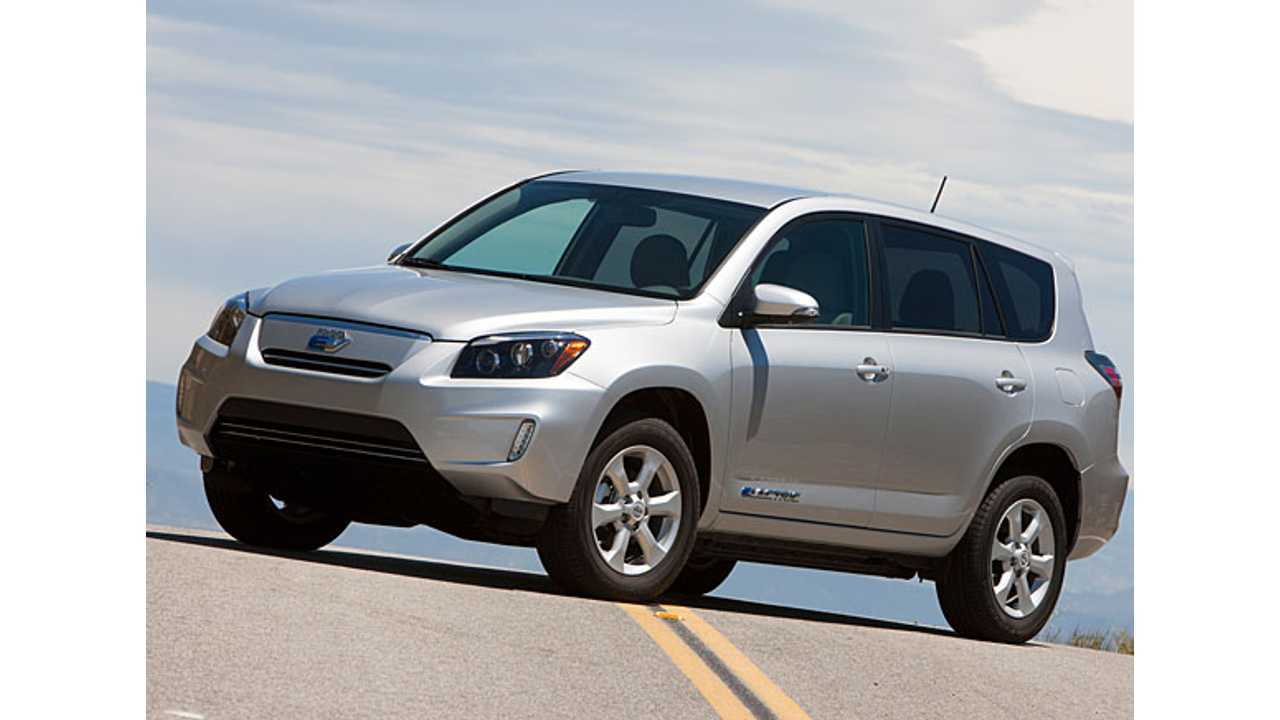 Does Toyota actually want to sell more of its RAV4 EVs?

Got One of These? You Might be the Recipient of a Targeted RAV4EV Ad Then

It sure seems that way.  Why else would Toyota team with DirecTV to target tech-savvy types in Los Angeles, San Francisco and San Diego (the only 3 markets in which the Toyota RAV4 EV is sold)?

Toyota says it reached out to DirecTV to see if the benefits of targeted advertising pay off.

In a nutshell, here's how it works: DirecTV has a "tool" that "combs satellite-TV subscriber data" to zero in on a select market of individuals.  In the case of the RAV4 EV, DirecTV will seek out the tech-savvy, early adopter-types who reside in the 3 cities listed above.  This is known as dynamic advertising, in which ads only go out to subscribers who meet all criteria.  For the sake of brevity, we won't discuss how it all works here.

"A mass campaign doesn't make sense.  But we do want to get the message out."

We're not yet sure how Toyota will pitch the RAV4 EV to potential buyers in those 3 cities, but if it can get the message out to the right groups of individuals, then selling or leasing the remaining examples of its limited production RAV4 EV could prove easy.

If you happen to reside in one of those 3 cities and subscribe to DirecTV, then let us know if you've seen a RAV4 EV ad on TV.  If you haven't, then maybe you will soon.  Or maybe you just don't fit the specific criteria of what Toyota thinks makes for a RAV4 EV buyer...who knows.