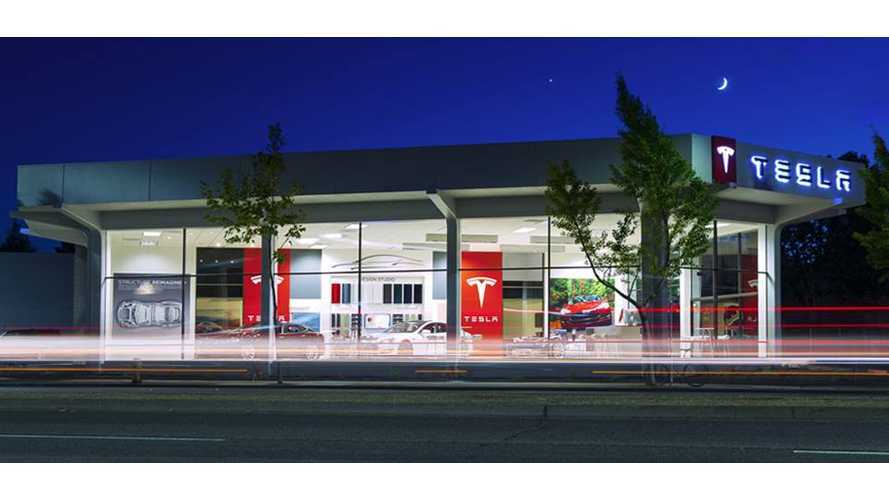 After reporting an adjusted profit of $16 million dollars (or a loss of $38 million according to GAAP) after hours on Tuesday, Tesla CEO Elon Musk, and Deepak Ahuja, Tesla's Chief Financial Officer held a conference call to talk about earnings and future plans for the California automaker.

And while these conference calls in the past have been peppered with exciting new developments and product reveals, Tesla is more in the "meat and potatoes" of building out the Model S sedans right now, so the mood (and content) was more muted than normal.

Still, there was more than a few highlights to report:

The Tesla CEO was asked about the recently announced battery deal with Panasonic that would see nearly 2 billion cells shipped to Tesla between 2014 and 2017, and what that meant for production on the Model S and future cars.

While Mr. Musk noted that Panasonic was their primary partner, the 3rd generation car from Tesla (known unofficially as the Model E) was going to need a lot more than that deal, and Tesla was working on a plan to augment that capacity.

Later in the conference call, the Tesla CEO expanded on that thought more when asked about battery capacity for the Model E, and what sort of time frame is needed for building a North American factory for cells.  Would there be difficulty in obtaining permits for that sort of thing?

"...this isn't the right time to talk in detail about our plans for kind of a giga-factory but to say, we are acknowledging the fact that one needs to be built and we are looking at a variety of different locations.

I don't think permitting is going to be the driver here. This is going to be a very green factory. There going to be a lot of solar power. It's going to have essentially zero emissions and there are no toxic elements that are going to come out of this factory and we will build in recycling capability right into the factory...we are trying to figure out what's the right way to do version one at this giga factory and we want to be thoughtful about it as it is going to be a really giant facility, like we are doing that something that's comparable to all lithium-ion production in the world in one factory."

Mr. Musk says everything is mostly "done with the Model X styling essentially, just the fine brush strokes in the next few months."  The Model X is still anticipated to be first released at the end of 2014, but volume production will come later.

"I think for the X, we are aiming for maybe a few units at the end of next year, but...high volume production is probably Q2 2015."  The Tesla CEO equated high production volume equal to that of the Model S.

For the third generation car, Tesla expects to do most of the conceptual work in 2014, but will not get into the actual facets of production of that car next year.

"Next year, we will also be doing the design work with the styling...it is going to be really getting that the line of third generation car done."

Demand For The Model S In The US And The World

"...Aiming To Have Essentially All Of North America Covered In Detail By The End Of Next Year."

Often is the Tesla CEO asked for some hard numbers about demand.  Often is that request not answered

This quarter it was Dan Galves, an analyst from Deutsche Bank, who decided to take a pass at pin-pointing this number by asking the Tesla Boss "...can you quantify how many orders you took in Q3 versus Q2 or just in kind of a order of magnitude is the U.S. demand continuing to increase?"

The Tesla CEO answered with the 'it-could-be-this-high, but its not really that high' type of answer we have come to expect: