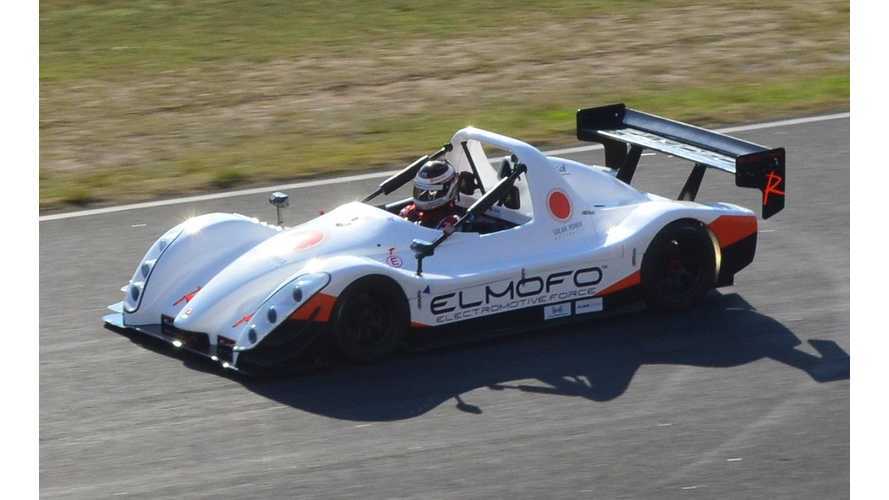 There's simply no way we could pass on this one.

Did you see that name?

Allow us to translate.

And Mofo = two words we'd rather not say.

It's a bold choice going with a name like that, but apparently Australia's ELMOFO group has a sense of humor and we dig it.

The vehicle you see here is based on the Radical SR8, a barely street-legal racer that hold countless titles in various forms.

This one from ELMOFO (boy, what a name that is...lol) is pure electric and pumps out 416 horsepower and 443 pound-feet of torque.

This electrified version of the Radical devours its gas-burning siblings on the track, as you'll see in the video.  Most of those gas-burning Radicals put out 430 hp, but the torque of those gassers is no match for ELMOFO.