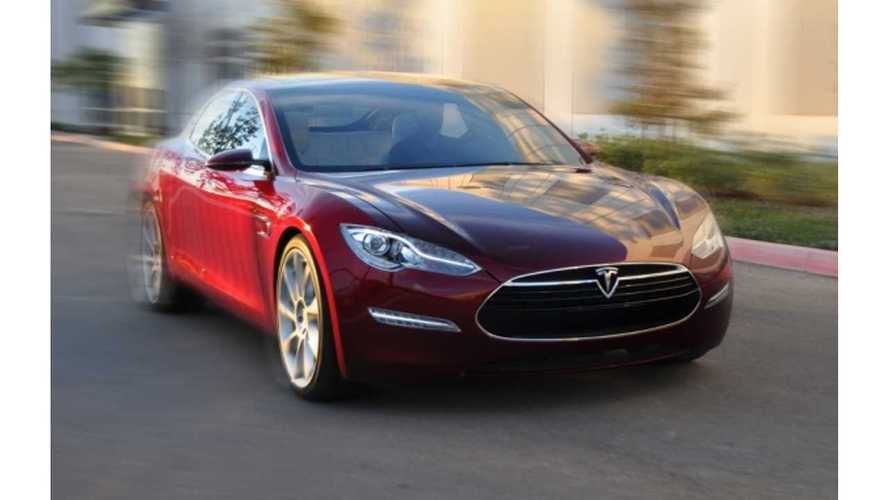 The compiling of this data was done in a rather unconventional way, but when looked at from this perspective, the Tesla Model S is Norway's #1 selling vehicle.

But in the first two weeks of September, the Tesla Model S soared to the #1 spot with 322 units registered.

Yes, it's an unconventional way of reporting sales (first two weeks of a single month), but if we examine sales in Norway from September 1 through September 16, then we see the Model S as the chart topper.

*Chart rank determined by sales from Sept. 1 through Sept. 16

In the first two weeks of September, the Model S grabbed 6.9% of the Norwegian automotive market...6.9%!!!

Add in Nissan LEAF sales and electric vehicles accounted for 9.1% of Norway's total automotive sales over that two-week period.