EV Infrastructure: Exclusive Interview Inside The "Belly of the Beast" In Auburn Hills 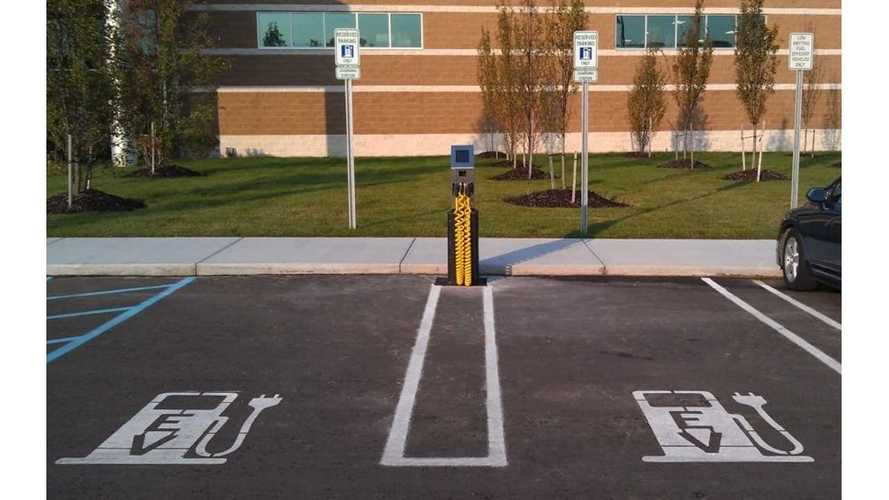 The City of Auburn Hills, a suburb of Detroit, was the first municipality in Michigan to adopt a comprehensive Electric Vehicle Infrastructure Ordinance. The ordinance encourages, but does not require, developers, builders, homeowners and business owners to make Plug-in Electric Vehicle (PEV) charging stations a regular part of construction.

The Big three automakers—aka "The Beast"—have been slow to build and market electric vehicles and infrastructure, with some questioning the urgency and interest level in alternative fuel vehicles.

The Auburn Hills ordinance in 2011 offers tremendous flexibility to developers, but needs key private stakeholders like automakers to push other business leaders toward a new technology infrastructure. That's the rub.

InsideEVs: The ordinance pushes electric vehicle infrastructure for the city, how did the ordinance come about?

We learned from the folks of the state of Washington (and Dan Davids, PlugIn America) that you need to gather a team of experts. We gathered this tremendous team of experts that included Chrysler Group (www.chrysler.com) and Magna E-car (www.magna.com) and our local utility DTE Energy www.dteenergy.com) and the Clean Energy Coalition (www.cec-mi.org) Ann Arbor, Mich. We put our heads together to see how we should lead, and it was decided that Auburn Hills could be a good test case for Michigan.

When we first sat down with (building) developers in 2011 and said we would like to help you plan electric vehicles, they looked at us like we were aliens from another world.

InsideEVs: How does the ordinance work in practice?

Steve Cohen: The way it works is that when we sit down with a developer when they want to build a building, they would show up on their site plan where the conduit will come out from the building and then they would allocate a certain amount of parking spaces that will be for easy charging stations.

What we would tell them is we understand the market may not be there now. We want you to plan for two percent of your spaces to be electrical vehicle charging stations. You can just drop the conduit and just block the units in the future when the market’s there. Some folks have decided to not put charging units in, but most have prepped.

InsideEVs: Speaking of industry partnerships, how did Chrysler get involved with the City of Auburn Hills and charging infrastructure back in 2011?

The City of Auburn Hills volunteered to participate in testing the plug-in hybrid electric vehicle prototype that Chrysler was producing. Chrysler—headquarters in Auburn Hills, Mich.—was focusing on the Dodge Ram 1500 and mini vans, Dodge Caravan.

Being able to participate in utilizing and actually having hands on experience with these electric vehicles was great. Chrysler also provided us with the charging stations, Auburn Hills was able to secure at least five of the electric charging units at the start of the project.

InsideEVs: So what kind of impact has the ordinance had on the number of charging stations in Auburn Hills?

We’ve had 25 projects that have agreed to prep or install charging stations. We have had, approximately, 30 actual charging stations (workplace) installed. Also, I think we’ve had another 60 to 70 that have been prepped--dredging for conduit-- or are committed to prep.

Those stations that are constructed and in service includes the city’s seven or eight stations that we own. We’re very committed to our own ordnance so we participate as well.

InsideEVs: So what's your outlook on the charging infrastructure going forward? How does it become more successful?

I think there’s an issue right now with a lot of communities because this is so new. It’s my personal opinion that there’s a need for some political cover from car companies and utilities to talk to the communities about the need to proactively plan for these charging stations. I think that there is some concern that the electric vehicle policies are about picking winners and losers, and since there’s not a lot of cars on the road, businesses don’t see the car companies needing assistance in helping to sell their product.

Auburn Hills Builds for the Future

So, we have new hotels being built, new workplaces, new headquarters and they aren’t putting workplace charging in. It’s a lost opportunity because the story isn’t being told, at least, in a way that’s causing people to act. I think the question for the utilities and the auto makers is who did you miss, who have you’ve not asked, how can you enlist them to help you sell your product.