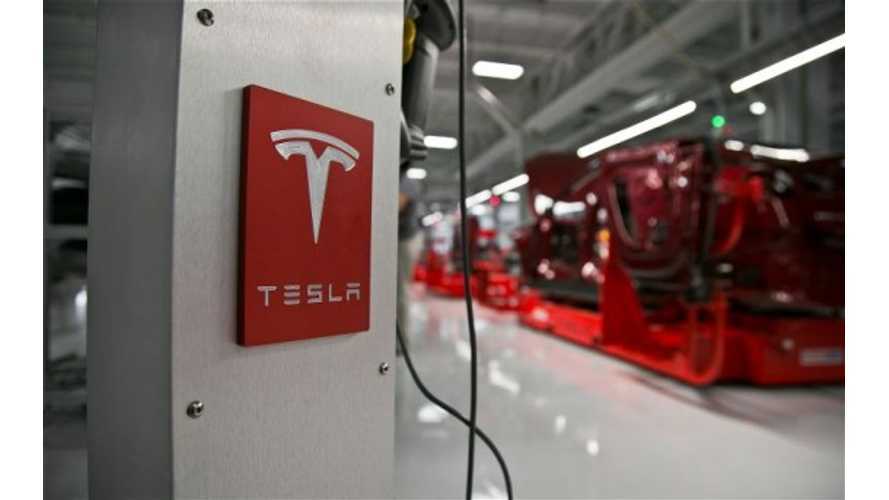 Tesla has announced 3rd quarter result for 2013 and is reporting a $15.9 million dollar profit, or 12 cents per share (ex-items).  The street had been expecting a profit of about 9 cents per share (adjusted) and a 25 cent loss on GAAP.

Shares are trading off after hours by as much as $20.00 or 12% (real-time quote can be found here) as the market is adjusting to the GAAP loss of $38 million or $(0.32) per share - higher than expectations.  Previously in the 2nd quarter the company earned $26 million dollars (adjusted).

Analysts were looking for revenue of about $555 million, up from $50.1 million a year ago, but essentially flat from Q2's $551 million.  In reality Tesla banked $603 million (non - GAAP) in the past three months.  Throwing out lease-math, and following GAAP, revenue was $431 million - up about 6% against Q2.

But lets get right to the good stuff - sales!  Last quarter the company anticipated the following for Q3 and full year 2013:

"While we expect production to increase from Q2, a considerable number of vehicles produced during the quarter will be in transit to European markets at the end of Q3. As a result, we plan to deliver slightly over 5,000 Model S vehicles in Q3, and remain on plan to deliver 21,000 vehicles worldwide for 2013.”

So how did they do?

EDITOR'S NOTE: As this is a breaking report - and there is A LOT of ground to cover, this story is being updated/filled out in real time as the numbers come in and the conference call is happening.  Please check back/refresh to get all the up to the minute analysis of Tesla's 3rd quarter results

In truth, sales and demand during Q3 are a difficult thing to get a handle on as Tesla's Fremont factory just starting producing Euro-spec allocation in Q3.

Unlike selling a car in the US, of which Tesla now says they can take an order and turn it into a delivery in "as little as 4 weeks," many cars headed overseas have to spend a lot of time waiting on transport, EU certification (and in some cases partial re-assembly) as well as other hurdles.

As for gross margins, Tesla CEO had said last quarter that the company was looking to hit 25% by year's end, and 19% in this quarter.  In actual fact, Tesla hit 21% in Q3 after showing a gross margin of 13% in Q2 and 5% in Q1 - so the trend is certainly still in the right direction.

Also concerning investors is Tesla's expecting its Q4 profits to be "about consistent" with the current quarter. Most analysts had expected Tesla to report a Q4 profit of 20 cents per share or better.

When looking at the release, once can't help but notice (shareholders certainly have) 2014 production forecasts and sales have been omitted.  Previously, Tesla had guided to a production level of about 41,000 units by the end of 2014 and recent reports have caused some doubts on whether or not that was a realistic level.

Again, looking at a delivery time as quick as 4 weeks for a new Model S order in the US may give some credence to those fears.  During the conference call Musk estimated Tesla had demand for about 10,000 units currently in the US, but they are not actively promoting what they can't make, so it could be as high as 20,000 if they did so.

Tesla is bumping 2013 expectations for sales up slightly to 21,500 car delivered and offered the following in regards to next quarter:

"We are continuing to expand production and plan to deliver slightly under 6,000 Model S vehicles in Q4, which increases our total expected deliveries to 21,500 vehicles worldwide for 2013. ASPs are expected to be relatively flat sequentially as we continue to see a rich mix of options on incoming orders.

Model S gross margin may continue to make slight improvements over the next several quarters as we continue to drive down manufacturing costs. While we expect to achieve our target of 25% non-GAAP automotive gross margin in Q4 (assuming no contribution from ZEV credits), further progress is likely if customers continue to purchase our vehicles with a high option take rate."

Given Tesla's history of managing expectations, we look for the company to likely sell about 6,500 cars and to finish out the year with approximately 22,000 Model S sedans sold - an unprecedented result for any electric vehicle sold in the US so far.

Tesla has forecasted that ZEV credit revenue was about to fall off the table...and they were spot on.  Only $10 million was realized in Q3, down sharply from Q2 and Q1.

"One of the drivers for the anticipated drop in ZEV credit revenue to $10 million in Q3 from $51 million in the prior quarter was the shift in the mix of sales to Europe and non-ZEV states in the United States."

Acceleration Of The Model X Increases Costs In The Short Term

Tesla noted that R&D costs were up this quarter due to the Model X, and will continue to increase in the near future.