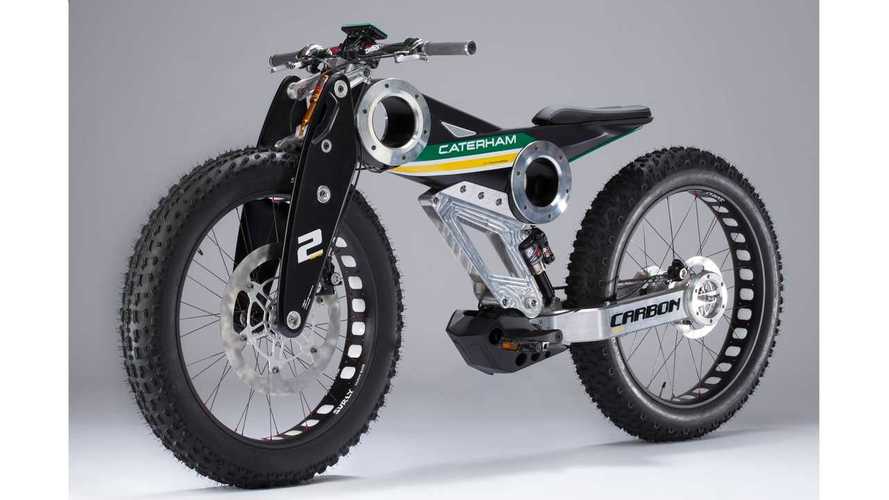 At the International Motorcycle Exhibition (EICMA) in Milan, Caterham Group announced the launch of its first ever motorcycle division – Caterham Bikes.

Three prototype products were shown - an ICE motorcycle Brutus 750 called the ‘SUV of motorcycles’ and two all-electric bikes - one Classic E-Bike in retro styling and the second one Carbon E-Bike inspired by F1 technology.

According to Caterham, the e-bikes will be priced affordably and will come in 2014 after Brutus 750.

“Our vision for Caterham Group has taken another step forward with the launch of Caterham Bikes. Expanding our interests into the two-wheeled market is another natural progression for us and is a good opportunity to showcase the breadth of knowledge, experience and creativity we have at our disposal across the Group, now in the two-wheeled world in addition to all of our other automotive, technology and innovation interests.”

“Taking Caterham into the motorcycle business has been a key objective since day one of Caterham Group. We are establishing ourselves in markets where we can bring new thinking, innovative concepts and products that will be game-changers; Caterham Bikes does exactly that. Having launched our Moto2 team recently at the Malaysian Grand Prix, the launch of Caterham Bikes takes us from the track to the road – we have partnered with industry experts and we have long-terms plans for the business that are ambitious but achievable, the perfect mix for success.”

"Classic E-Bike – carrying uniquely retro styling for the rider with a penchant for a design harking back to the golden age of British motorcycling, this bike has a range of 40-80km and does not require the rider to have a licence in the EU"