Cadillac ELR Pricing Announcement Expected in Two Weeks; Any Guesses What the MSRP Will Be? 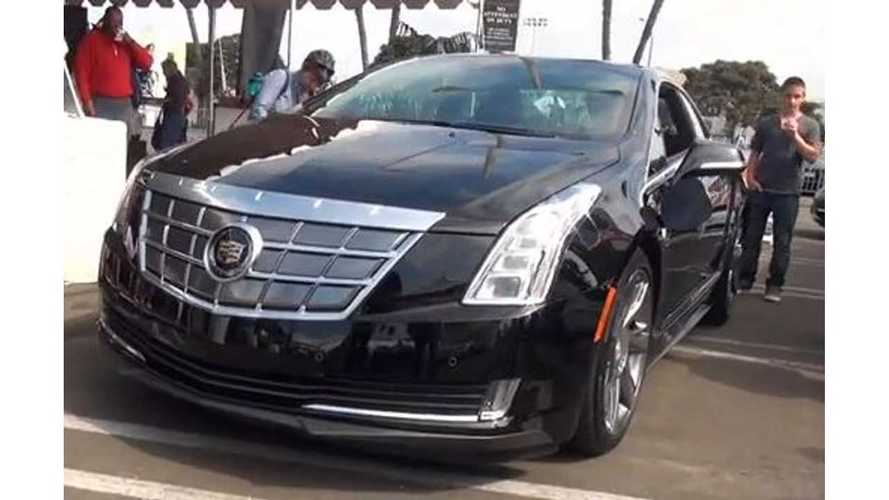 Cadillac ELR Pricing Announcement Expected in Two Weeks; Any Guesses What the MSRP Will Be? product 2013-09-24 12:32:13 https://insideevs.com/news/319155/cadillac-elr-pricing-announcement-expected-in-two-weeks-any-guesses-what-the-msrp-will-be/ Cadillac ELR General, featured
Sep 24, 2013 at 8:32am ET
++

Word is that Cadillac will announce pricing for the 2014 ELR within the next 2 weeks.

So, naturally, we're now wondering what the MSRP will be.

But before taking a shot at guessing what price Cadillac will put on the ELR, some background info should be disclosed.

In terms of pricing, Cadillac has been rather tight-lipped, but we have heard some remarks.

Recently, Automotive News asked Cadillac vice-president Bob Ferguson if pricing for the ELR would be adjusted downward in response to GM cutting the MSRP of the Chevy Volt.  Here's what Ferguson stated:

"Not at all. We’re really confident about that vehicle.  We’re only going to make so many. I actually think you’re going to see a scramble for that vehicle."

So, Cadillac is sticking with its prior statements on price, which are limited to these remarks made by Darin Geese, Cadillac ELR product manager, to Car and Driver almost 9 months ago:

"The ELR is scheduled for production at the end of 2013 calendar year and those units will be on sale the beginning of 2014."

"…the pricing is really not finalized for the vehicle, but we can kinda tell you that its not in the realm of the supercar, and certainly not in the realm of your conventional car. We are truly a Cadillac, truly a luxury vehicle. Probably somewhere in between what you see as a Fisker (Karma – from $102,00) and what you see as a Volt (which at the time of the comment was $39,995)."

We're still thinking that Cadillac, despite what it told Automotive News, might adjust that figure downward a bit.  It would make sense for the ELR to have a base MSRP below $60,000 after incentives, even below $55,000 would be a marketing point.

So, our guess is that the base MSRP of the ELR with no options will be just under $62,500.  Nobody will buy a base ELR, but at least Cadillac will be able to advertise that it starts at under $55,000 (after incentives).  We expect that the average ELR will go for $70,000-ish (after incentives) due to an extensive list of options that we think most ELR buyers will...umm...opt for.