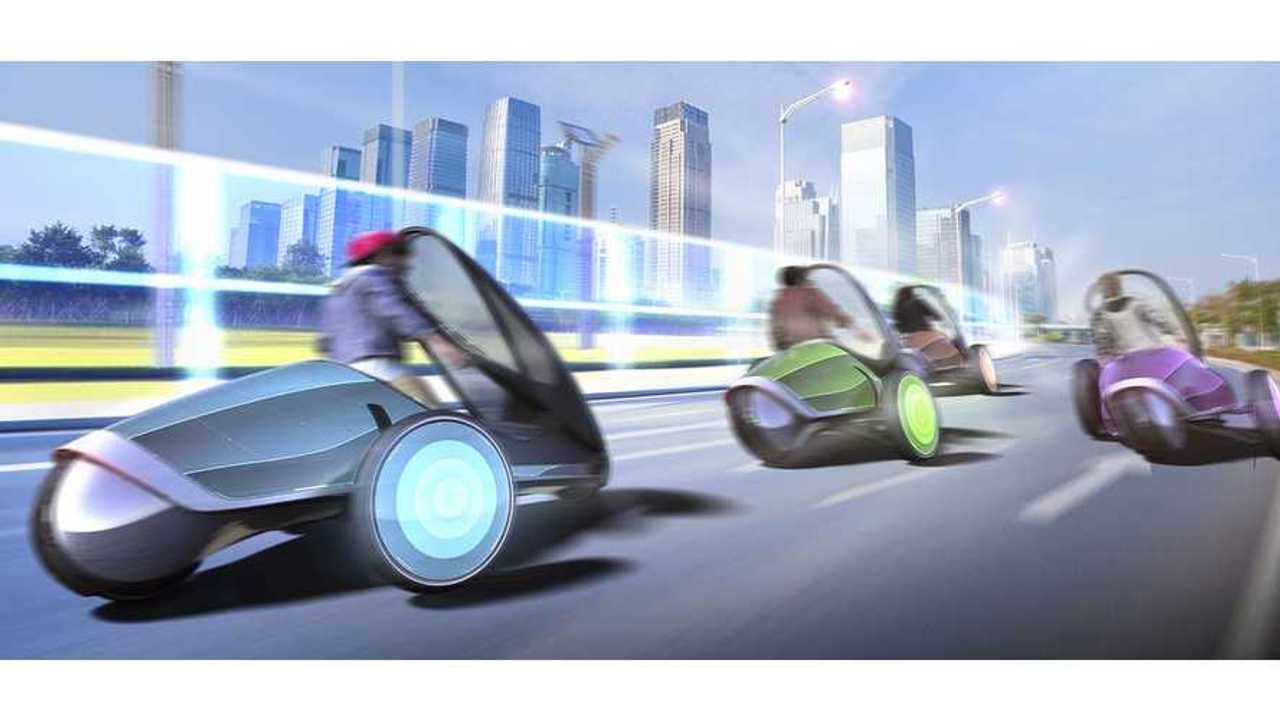 Taking personal mobility to new heights (you're actually forced to stand up to drive this one) is the Toyota FV2 concept.

The FV2 will get it world premier at the 2013 Tokyo Motor Show later this month.

Toyota doesn't specifically say what sort of powertrain motivates this concept, but we know it to be a pure EV setup.

Here's what Toyota says of this radical personal mobility concept:

"The Toyota FV2 is a concept car that maintains the "Fun to Drive" philosophy even in a world where automated driving technology has proliferated. As a vehicle that can be "understood by the driver intuitively", the concept links people and vehicles through the body and the heart, and becomes more fun to drive the more it is used."

"Connecting with the driver's body: Rather than using a steering wheel, the Toyota FV2 is operated by the driver shifting his or her body to intuitively move the vehicle forward and back, left and right. In addition, by using ITS technology to connect with other vehicles in the area and traffic infrastructure, the Toyota FV2 supports safe driving by providing advance warnings about vehicles in blind spots at intersections and other safety information."

"Connecting with the driver's heart: Toyota envisions a driver-vehicle relationship similar to the relationship that a rider might have with a horse. By incorporating technology from the "Toyota Heart Project," both the driver and the Toyota FV2 can grow together. The vehicle uses voice and image recognition to determine the driver's mood and uses that assessment and accumulated information on driving ability and history to suggest destinations as a co-pilot that helps the driver better experience the joys of driving. In addition to an augmented reality (AR)1 display on the windshield, the body color and exterior display are changeable at will, creating a more intimate relationship with the driver."

While the FV2 certainly looks as though it would be a blast to drive, we couldn't imagine standing for any length of time to pilot this unusual machine.  But for inner-city travel, perhaps it would work.

Specs on the FV2 are limited to what you see from Toyota below: