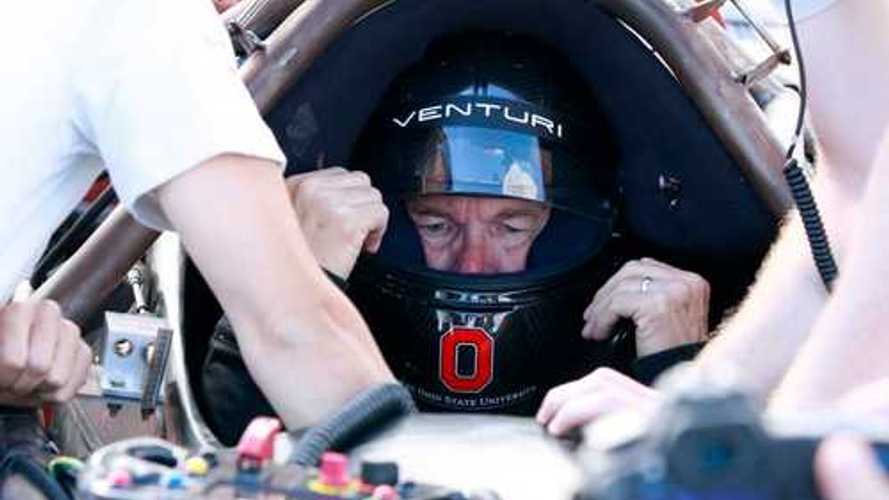 Few have seen the Venturi Buckeye Bullet 3 (VBB-3) up close and personal.

Well, since it's the fastest electric vehicle in the world, secrecy is the only way to ensure the title is retained.

Okay, maybe that's not true, but there are certainly a lot of prying eyes out there and the VBB-3 is the one to beat, so it's not often that it's wheeled out for public display and it's even rarer to see its "guts" in plain view.

Thanks to Inside Science, we get to see the VBB-3 in all of its glory and even learn a bit on what makes it the world's ultimate electric speed machine.

As Inside Science reports:

"When you think of electric cars, many people think of slow and small. But, a group of students at The Ohio State University is working on changing that perception by engineering an electric car that can travel up to 307 mph."

"To reach record speeds, the car must be structurally stable, equip with tires that don't blow apart at high speeds and generate enough energy from its two electrical motors."

"We took a blueprint of what would be in a normal electric car and we just ran wild with it,” said Austin Krohn, an electrical engineering graduate student at Ohio State."

"There are two megawatts of power going through the car, which is enough to power 2,000 homes. But if the car breaks 400 mph, these students could end up inspiring the next generation of electric cars."

VBB-3 was scheduled to make its record run recently, but flooded salt flats prevented them team from giving it a go.  VBB-3 will again head out next April in search of the ultiamte EV record: > 400 MPH