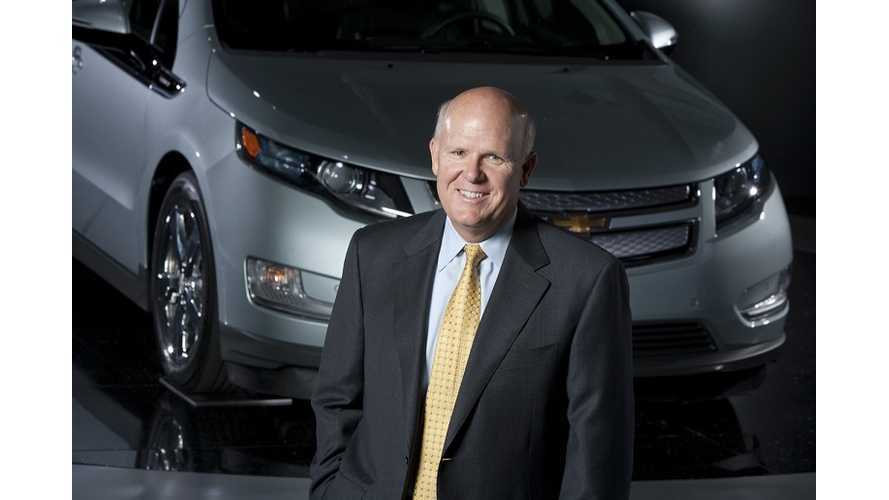 Occasionally we criticise General Motors CEO Dan Akerson for some of the comments he makes, and this is one of those occasions where again it seems Mr. Akerson doesn't quite have a grasp on the industry.

In speaking with the Detroit News, Akerson stated that he remains skeptical that US buyers will come out in mass to purchase pure electric vehicles.  Then, Akerson moved on to Tesla.

This Akerson quote makes next-to-no sense to us whatsoever:

"We’ll sell more Volts and lose less money on the Volts than they’ll lose on the Model S."

We're not sure what to make of that one.  Akerson seems to be playing loose with words here, but what he's actually admitting is that General Motors does lose money on the Volt.  We've yet to see proof that Tesla loses money on each Model S.

Akerson added that almost all startup automakers fail, a known fact actually.  He spoke of Fisker and then seemed to lump Tesla into the same category before admitting that Tesla has established itself and that General Motors will ultimately take aim at the startup automaker.

"Does anybody even remember Fisker? I mean, there were a number of them; they are all gone."

"If you want to compete head-to-head with Tesla, and we ultimately will, you want to do it with a Cadillac."

This last quote from Akerson again comes off as showing that he's not really in touch with the going ons in the electric segment:

"But I do think when the ELR comes out late this year, early next — it’s certainly in the same postal code as Tesla, but now we’re going to move up."

What's wrong with this statement?  One's essentially a plug-in hybrid, the other is pure electric.  They're not in the "same postal code" in our minds.  Sure, if the ELR was a 200-mile BEV with a $70,000 price tag than it would certainly be in Tesla's postal code, but it's not that and, as such, it's not a Tesla competitor.

When prodded by the Detroit News, Akerson wouldn't comment on when the next-generation Chevy Volt would launch.