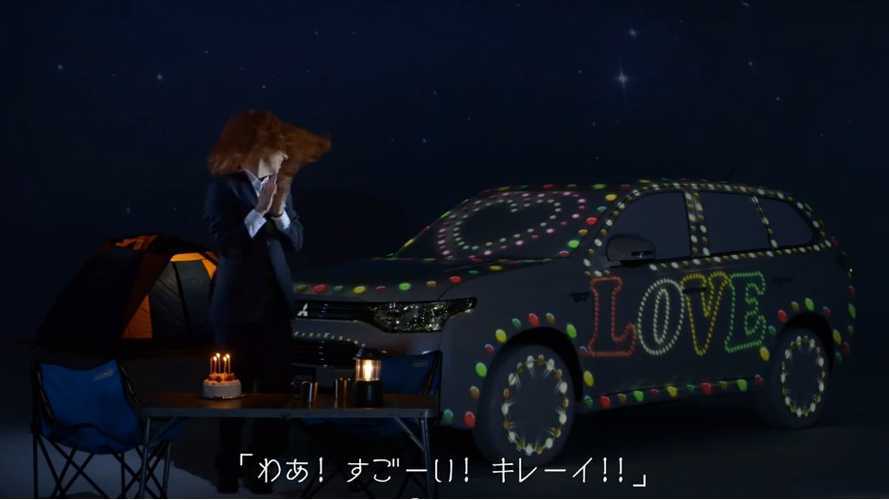 Seriously, if you know what is happening please let us know.

Mitsubishi Japan has been known to put out some "interesting" promotional spots around the i-MiEV...usually hiring some very over-the-top European pitchmen to sell them - but what were they thinking in the video below?

Once again, the pitchman has the jawline, the booming voice, the (much-in-demand) Outlander PHEV... but the ladies wig?  (0:45)

Despite this videos best effort to have us not want to buy the electric Outlander, we still anxiously await Mitsu's next plug-in vehicle.  Where else will you be able to find a 4WD, 25 mile - 80 MPGe (EPA estimated) SUV for less than $40,000 in 2014?

The Outlander PHEV was originally scheduled for a January launch in the US, the deadly combination of unexpectedly high demand (over 15,000 backorders) and a battery production problem that shutdown the line for several months has pushed back the expected retail launch of the extended range SUV to late summer of 2014.