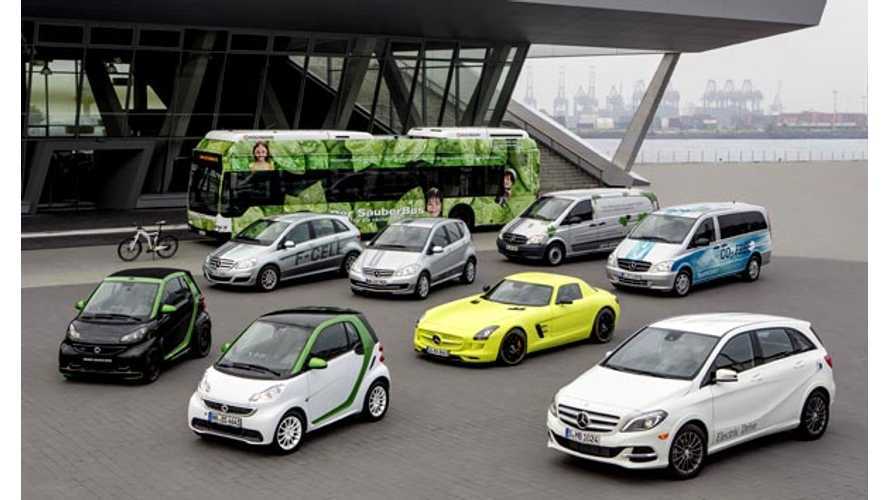 While plug-in vehicles were definitely the stars of the 2013 Frankfurt Motor Show, Germans don't seem all that willing to purchase electrics, even though they were the highlight of the nation's only major auto show.

Can the BMW i3 Change the EV Sales Pace in Germany?

The statistics put Germany behind most of Europe in cumulative plug-in vehicle sales and the nation's goal of having 1 million plug-in vehicles on its roads by 2020 seems unobtainable.

Thus far in 2013, Germans bought approximately 3,000 plug-in vehicles, which isn't a disappointing figure, but is still well shy of what's needed to get on pace for 1 million.

That's still a healthy figure, but it's nowhere near 1 million.

What Germany needs to do is throw in some plug-in vehicle purchase incentives and hope that the launch of several German-made plug-ins will spur sales.

With the Volkswagen e-Up! and e-Golf, as well as the BMW i3 and Mercedes-Benz B Class Electric Drive, German residents will soon have a lot of homegrown choices to pick from.

The question is, will these homegrowns make a difference, or will Germans continue to flock to diesel over plug-ins far into the future?