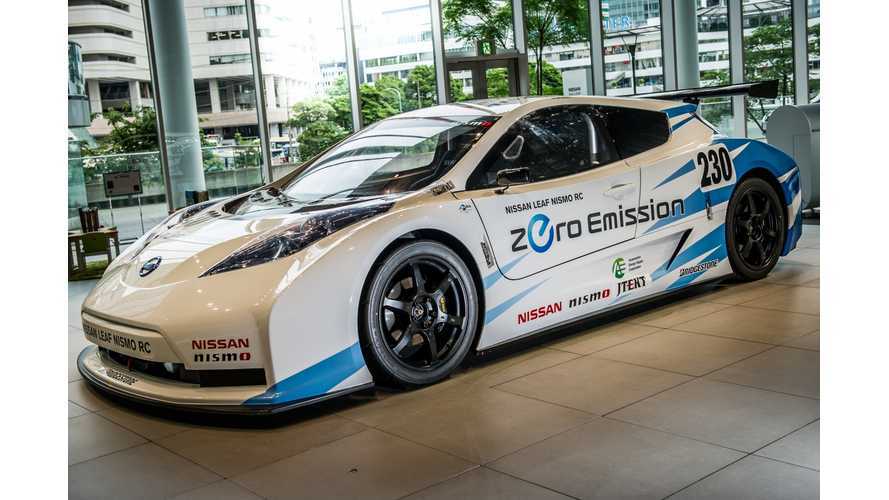 Nissan COO Toshiyuki Shiga—the man who is also in charge of the CHAdeMO Association—was one of the drivers who took the all-electric racer based on the LEAF for a few hot laps. On video, it seems that Toshiyuki Shiga couldn't stop smiling.

"Some have called the LEAF RC, which debuted at the New York Motor Show in 2011, the future of racing, but COO Shiga says it embodies the most important attribute for any vehicle: It's fun to drive."