Configure Your Cadillac ELR In Red, With Fancy 20" Wheels And A Cashmere Interior 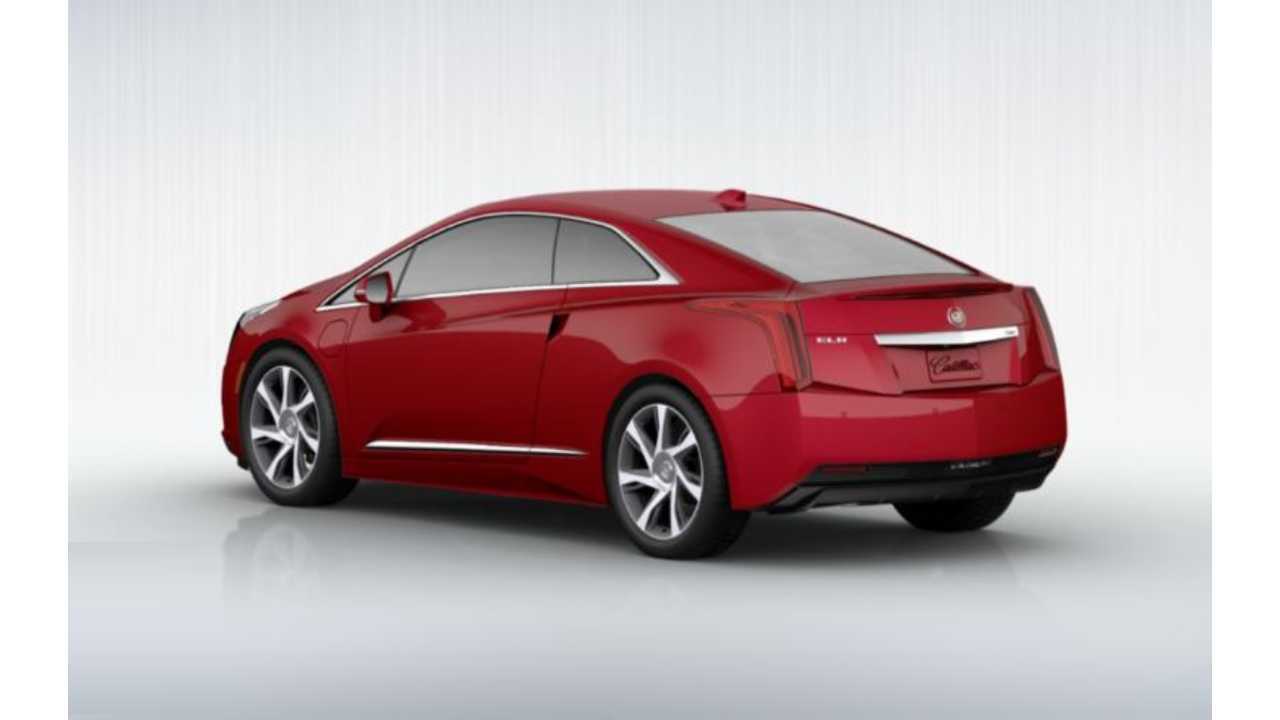 It has been almost five years since the concept ELR (then called the Converj) debuted in January of 2009; so you can forgive us for being more than a little impatient ourselves.  We want to take one for a spin already!

But what to do to pass the time as the ELR heads into production in a couple months?

Well, why not hit up the Cadillac ELR mini-site that is now online, as some of the car's features and paint colors are available for you to mess with interactively?

Entitled the "visualizer" it lets you equip the 35 mile, extended range Caddy with either:

OR why not select a color?

On the inside, you can choose from three interior color schemes - all with understandably 'premium' names:

The site also gives all the background information on the car and its abilities, while promising the car's arrival in "early 2014."  Sadly, still no pricing announcement; although with only a limited run planned, GM has said to expect its premium product to have fairly robust pricepoint and that people will "scramble" to get one.

Sidenote:  We happen to know that the "Black Raven" with "Jet Black Interior With Jet Black Accents" will definitely be fastest, longest range, and coolest of all available ELR options.