Ahead of Schedule: Tesla Exceeds Goal of Tripling Number of Superchargers in US 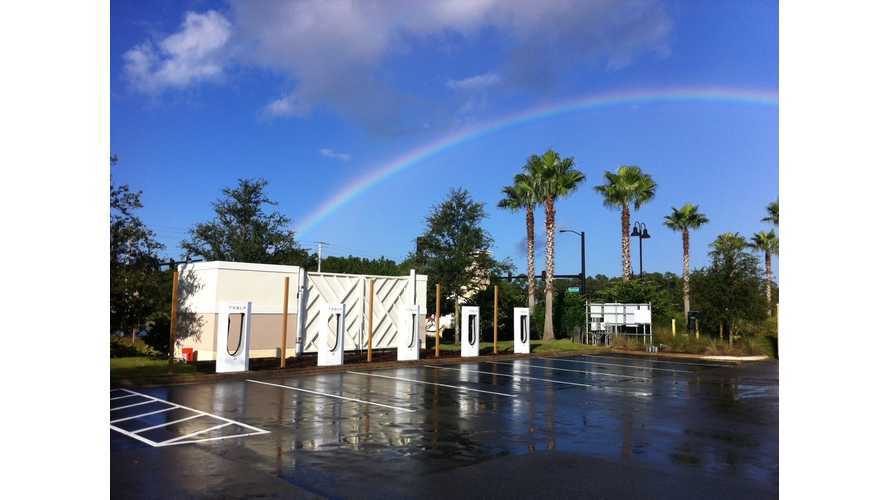 24 is what Tesla needed to hit its goal.

25 are operational as of today (you may look at Tesla's Supercharger map and think that only 23 are open, but one must remember that the sites in both Darien, CT and Milford, CT have separate Supercharger stations for both northbound and southbound traffic).

Tesla Motors announced today with the opening of its latest Supercharge station that it's goal to "triple the number of Tesla Supercharger stations" by Summer 2013 has been exceeded.

Not only was the goal blown away, but it was done so a couple of days ahead of schedule (Summer doesn't even end until September 21).

Those sites opened as promised, making the tripling a done deal.

Back in May, Tesla Released This Graphic Showing It Intended to Install 25 Superchargers by Summer 2013...Goal Achieved

Tesla's Supercharger rollout will continue in the US until at least the end of 2015.

It's a monumental task that Tesla has set upon doing (98% of US Model S owners within range of the nearest Supercharger), but we believe in Tesla's ability to deliver on its vision/dream.

Dream big, we say.  Nothing is impossible.

Check out the graphic below for a full list of all 25 Tesla Supercharger sites operational today: