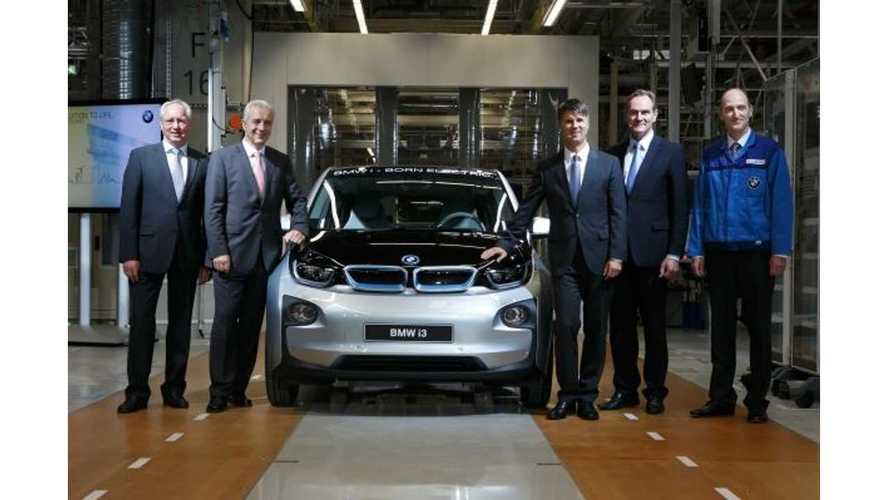 Frankly, there's little to say here other than what's going on.

The i3 is currently rolling down the lines at BMW's factory in Leipzig, Germany.

A 400 million Euro ($534 million US) expansion was required to ready the site for i3 production.

The i3 will go on sale in November in Germany.  The German launch will be followed closely by several other European cities.