Forbes Defends Tesla's Supercharger Honor and We Do Too 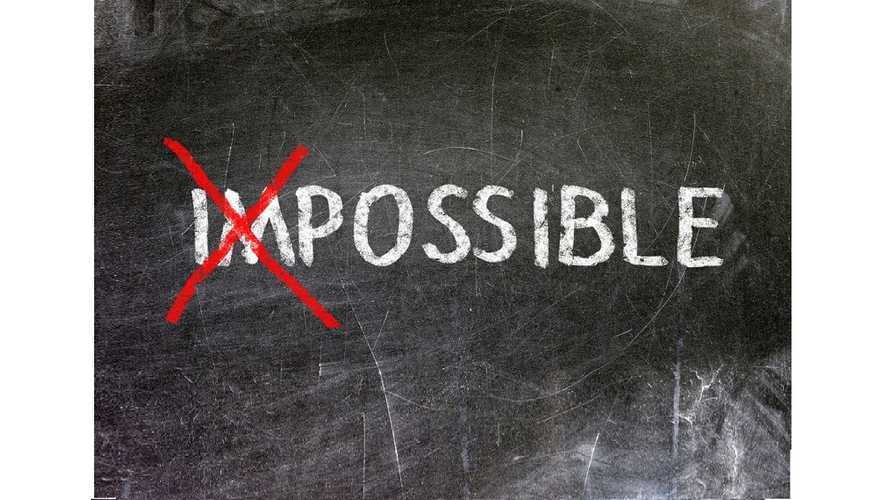 It's not often that Forbes get involved in the electric vehicle space, but when questionable claims are made against an automaker and Forbes gets wind of the red flags waving in the air, then expect there to be a response from the publication.

That's precisely the case here, but Forbes missed the mark, too (more on that comes further on down the page).

A recent Forbes article, titled "Another Bet Against Tesla Goes Bust As The Company Draws A 21," is in direct response to some suspect claims made by a green automotive blog.  The blog claimed that Tesla failed to hit its "Summer 2013" Supercharging goals by a fairly significant amount...a judgement that was put forth by the blog nearly two weeks before Summer actually ended.

The word of Forbes contributor Mark Rogowsky will tell most of the story from here on out:

"Tesla promised this past spring that before summer was through, it would have 18 of its high-speed Supercharger stations up and running, allowing longer-distance travel for more owners of its Model S sedan. And just last week, with the last days of the season disappearing off the calendar, the folks at Green Car Reports bet that the company would fail to make its self-imposed deadline. Six days ago, with only half the locations officially open, the bet seemed like a decent one. But the company again proved the doubters wrong."

"As of today, Tesla claims not just the 18 locations it promised in May but instead has 21 Superchargers up and running, making official a dozen in the past week alone..."

"Green Car Reports joins a long list of bettors against Tesla, which has made a habit of defying expectations ever since the company came up short last year on its production targets. But the blog has the dubious distinction of being especially wrong, especially quickly. “As the equinox looms, only nine of those 18 promised Superchargers have materialized. (Two additional stations have appeared that were not promised on the Summer 2013 map.).” it wrote last week.""A .500 batting average is really good in baseball. But it’s pretty mediocre if you’re trying to fulfill company promises to eagerly waiting customers of your expensive electric car.” The company did speak to a Tesla spokesperson, Shanna Hendriks, who told the blog that another 5 sites were due imminently, but Green Car remained skeptical. “If Tesla can open the five new Superchargers by the deadline as promised, its summer Supercharger batting average will rise to .778.” (emphasis added) The blog doubted the company would get its act together by fall, either. “But will Tesla bat 1.000 next season? Probably not."

Rogowksy closes with this statement:

"Expect some more bets against Tesla pulling it off. Just don’t necessarily expect those bets to come up winners."

But the problem is that neither Rogowky at Forbes nor Green Car Reports (not even in its recent follow-up post) got it right.  And here's why: as you can clearly see from the graphic to your right, the Tesla Motors' projection was to have 25 Supercharger stations operational (note: IT guys or graphic designers update these features, not Tesla execs) by the end of Summer 2013 (September 21, to be exact).  That was the figure noted in the graphic when Tesla announced its Supercharger expansion plans back on May 30, 2013.  At the time, only 8 Supercharger stations (see graphic further down below) were active in the US.  Tesla's press release reads as follows:

"Triple the number of Tesla Supercharger stations by the end of next month (see note below), including additional stations in California, coverage of the northwest region from Vancouver to Seattle to Portland, Austin to Dallas in Texas, Illinois and Colorado. There will also be four additional eastern seaboard stations, expanding the density of the network to provide for more convenient stopping points."

Note: It should immediately be pointed out that when Tesla stated "by the end of next month" it actually meant "Summer 2013."  This was an error that Elon Musk went on record to correct immediately following the announcement.

So, simple math says that to triple the number of Superchargers "by Summer 2013," Tesla needs to have 24 operational by September 21st, and they will indeed do it.

Supercharger Installs Are Worth Celebrating

In fact, Tesla added a further note on their accomplishments:

By the end of this week , the total number of open Tesla  Superchargers will be at 30."

Tesla's Supercharger map that was released concurrently with the May 30, 2013 press release clearly shows that 25 were expected to be operational (again, that IT guy can be probably blamed for any discrepancies here) by "Summer 2013," but that map has always been considered a projected outlook and nothing was set in stone.  So, the actual figure Tesla is shooting for is 24.   It's not 18 total as Forbes claims and it's not 18 "new" Superchargers as Green Car Reports claims.

The 18 "new" figure comes from Tesla's projected Supercharger install maps it released and updated throughout the year.  This figure was never officially announced by Tesla, nor were the locations of most of the future sites.  The only thing that denoted these future "projected" sites were gray dots on the map.  Gray dots that had no official explanation as to their meaning put forth by Tesla (they could be Walmart stores for all we know).  There was never an official announcement regarding what these gray dots meant, nor was there ever a mention made directly by Tesla saying that these "projected" sites would come online by "Summer 2013."

What Do You Think Those Gray Dots Represent? Future Supercharger Sites?

Beyond the "tripling" of the Supercharger network by "Summer 2013," Tesla never officially promised anything.  That "tripling" was Tesla's only official goal and it's a goal that will be met later this week.

By Tesla's words (and not by relying on some "projected" site map that gets updated by IT guys), it's been confirmed to us that the goal of "tripling" the Supercharger network by "Summer 2013" will be met.

So, in closing, despite all the hair-splitting going on, we'd like to simply congratulate Tesla on its tremendous achievement.  But even if a  Supercharger went missing here...or an extra one popped up there...should any of us care that much?  No...let's celebrate with cake, because everything is better with cake!!!