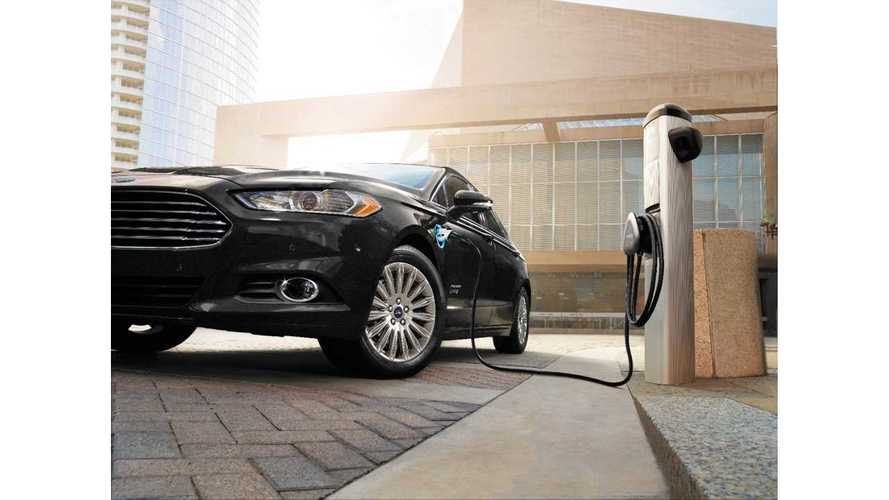 Ford is joining the workplace charging charge with an announcement that it'll install charging stations at over 50 of its offices in the US and Canada by the end of 2014.

All told, some 200-plus chargers will be installed at various Ford sites in the US and Canada.

The units will initially be free to use for the first four hours (Ford made no mention of what happens after 4 hours and did not disclose what type of chargers will be installed...Level 1?...Level 2?...).

By Ford's estimates, it'll only cost the automaker $0.50 to fully charge a vehicle at one of its workplace chargers.

"Ford’s commitment to sustainability extends beyond our fuel-efficient vehicles to include our daily workplace.  We know that a growing electrified vehicle infrastructure is key to making plug-in vehicles a viable option for more consumers. Ford is committed to doing our part to help grow that infrastructure."

Ford says it already has "more than 1,700 charging stations at Ford dealerships and company facilities in North America" and adds that the total public charger count in the US and Canada is now over 20,000.