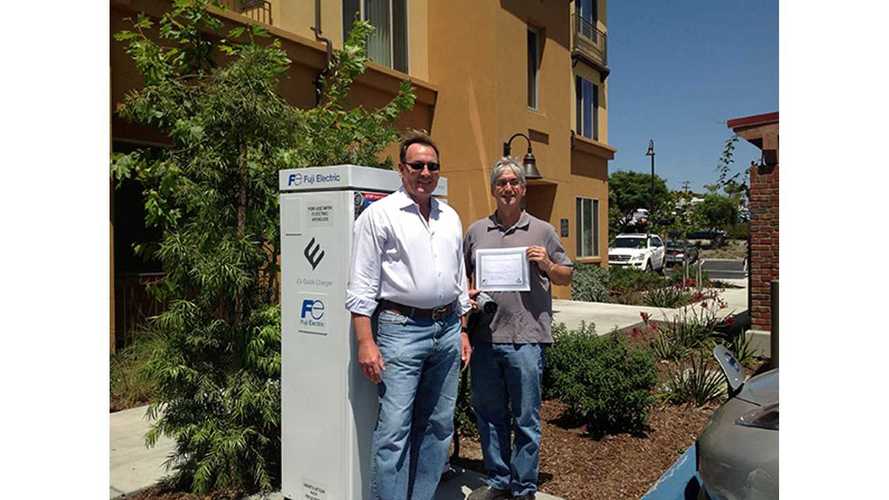 Now, after almost 10 months of use (November 2012 install), this charger, owned and operated by Evoasis, reached the 1000th charging session, which makes it  one of busiest on the West Coast.

“The addition of Fuji Electric’s EV Charging Station was an exciting step for us, and we are pleased to see how quickly our guests and local travelers have embraced this new technology. With over 100 charging sessions each month, we look forward to the continued success of this station as we consider possible sites for additional DC Quick Chargers.”

On average, EV drivers are using this point over 100 times a month for approximately 20 minutes per session.

“The traffic on this station has surpassed our expectations, and we are using the station data to educate other businesses on the benefits of installing EV Charging Stations at their sites. Average charging sessions are lasting about 20 minutes, making this an ideal solution for hotels, restaurants, retail and convenience stores.”

According to the press release, this particular device already delivered over 6 MWh of energy, which means that at average session is 6 kWh of electrical energy.  That's not much - only about 25% of a Nissan LEAF battery pack or less than 40% Mitsubishi i-MiEV battery pack.