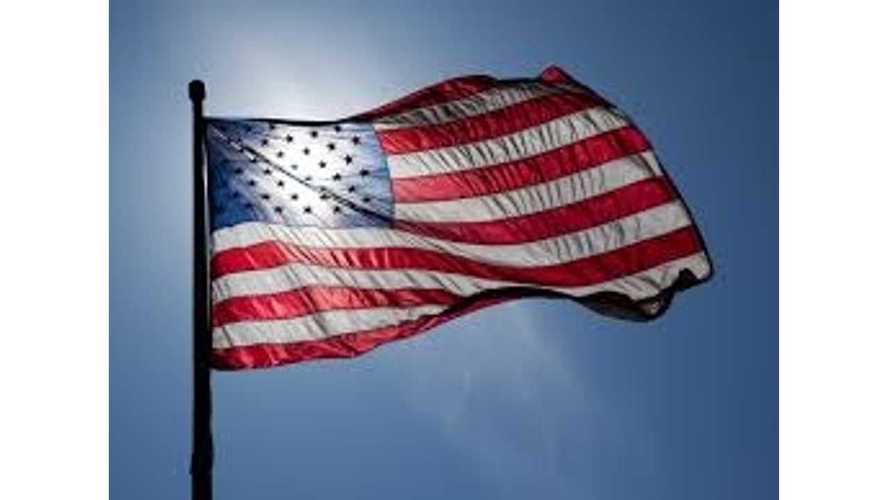 Production Of The 2013 Nissan LEAF In Smyrna, TN

Inside Bay Area recently published an article on what electric vehicles means to the future of the US.

The article opened with tons of background info, which isn't relevant here.  Why?  Because none of it is new to us.

Anyways, the article speaks of Tesla and of other startup electric automakers (some of which no longer exist), as well as hitting on the shift to plug-in production by major automakers.

The point of the article is rather simple: electric vehicles could drive the US' second industrial revolution.

It's this line of reasoning that caught our attention and we believe the author of the Inside Bay Area article is onto something here.

Now, some of the following viewpoints don't jive with our beliefs, but the general gist of what you're about to read makes sense to us.

Here's a portion of that Inside Bay Area article:

"This flurry of activity indicates that American entrepreneurs are more active than ever and that domestic manufacturing is coming back. The presence of both hits and misses in our economy is healthy because it means that people are innovating and that the marketplace is dynamic."

"To continue this momentum, we need to think long and hard about doing four things:"

"Immigration reform: It is time for Congress to get serious about attracting the brightest talent from around the world by passing Startup Act 3.0. The bill creates 75,000 new visas for immigrant entrepreneurs who attract $100,000 in funding and create at least two permanent jobs, and 50,000 new visas for foreign students who receive graduate degrees in science, technology, engineering, and math from U.S. universities to ensure that American companies have access to the best possible workforce. Deporting the very people we have just educated defies common sense. It is no coincidence that the CEO of Tesla Motors is an immigrant."

"Manufacturing matters: Many people say America's move to a service economy is inevitable and that domestic manufacturing will suffer an inevitable decline. It doesn't have to. America can still out-manufacture anyone, and it is strategically important to our future that we continue to do so. Tax incentives such as accelerated depreciation for equipment purchases and placing an educational priority on job retraining for new and growing industries like cleantech can grow American manufacturing for another generation."

"Do not complain: There has been a feeding frenzy in the media about Solyndra, Fisker, A123 Systems, and other failed companies. Take it from a Silicon Valley investor -- there are no successes without failures. Companies compete in a dynamic and free market, and that competition leads to failure as well as innovation and success. Washington needs to learn there is no shame in that. In fact, it is precisely what gives us an edge over cultures that do not tolerate failure."

"Think big: The next big idea in automobiles is driverless cars. It sounds like science fiction today, but the technology is here now and these vehicles may be on the road in five to 10 years. Cars are already equipped to automatically parallel park, brake and maintain a safe distance from the car in front. And who is leading the charge? Is it German or Japanese automakers? No, it is not even automakers at all. It is American technology companies like Google that are not afraid to think big, and they are about reap the rewards."

The author closes with a reference to Babe Ruth, which this writer is particularly fond of simply because baseball is America's pastime and, well, baseball is such a thinking man's game.  Anyways, here's that Babe Ruth quote:

"Don't let the fear of striking out hold you back."

As we say, think big...dream big...and don't let the fear of failure get in your way.