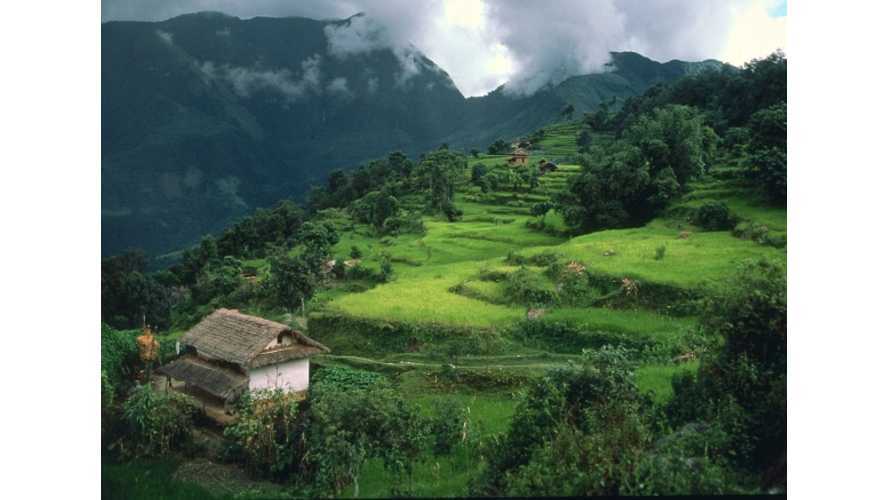 Nepal may become the latest country to jump on the electric vehicle bandwagon, provided that its government gets planned legislation into the book.

Nestled Between China and India is Nepal

The government in Nepal is currently working out the details on a package of bills/laws that will go a long way to promote the adoption of electric vehicles across the country.

Included in that package, which is expected to go up for vote in less than two months, are plans for installing a charging infrastructure, permitting the conversion of conventional ICE vehicles over to electric, provisions to reduce duties on taxes on electric vehicles that come into the country and the inclusion of utility companies to ensure that there's ample power where needed.

"The future transport is electric automobiles so there is no other option but to promoting their use and making such products affordable through tax waiver."

Statistics in Nepal show that there are over 2000 electric vehicles on its road.  Most of those are the Mahindra Rev e20 electric  and Chinese-built electric scooter.

That number is sure to grow if Nepal can pass legislation that promotes going electric.