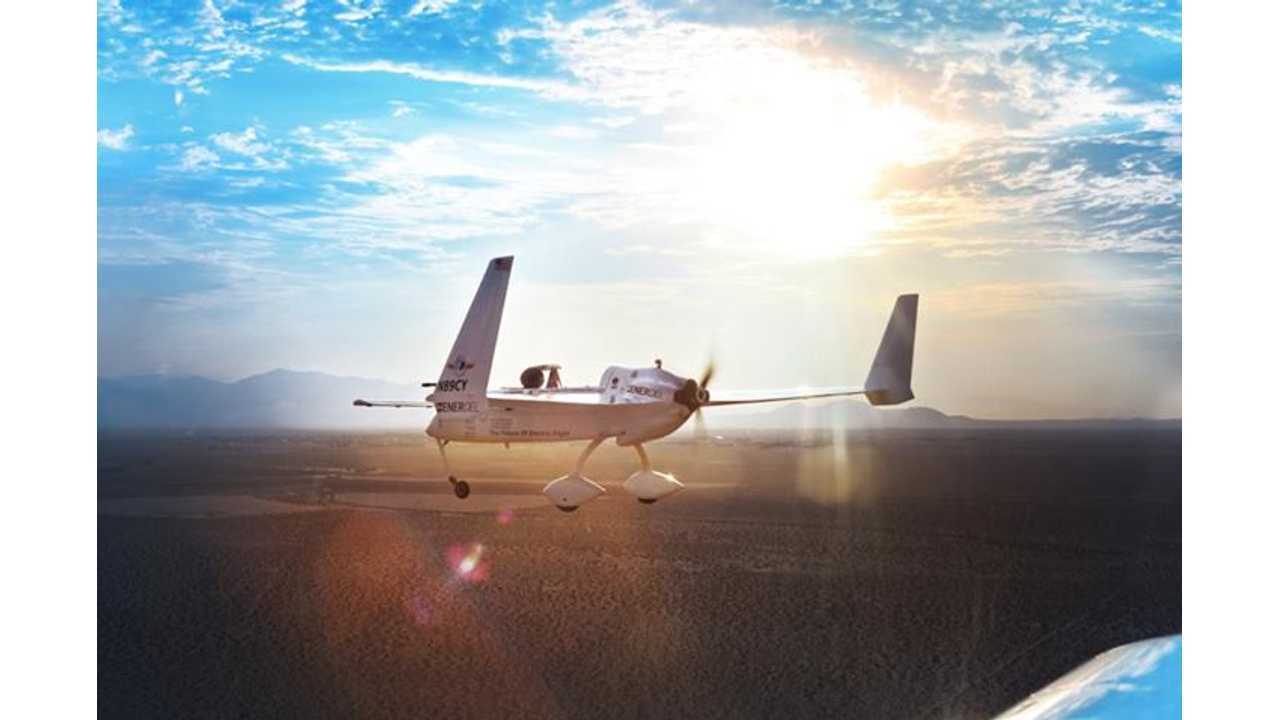 A few days ago, in the skies over the Mojave Desert in California, Chip Yates set three (from five planed) more records, which brings the total for him to 14 electric records (10 on motorcycle, 4 in Long-ESA Electric Plane).

The latest still unofficial achievements are:

According to the press release,  FAI (Fédération Aéronautique Internationale, or The World Air Sports Federation) will shortly release Yates’ newest achievements in his electric Long-ESA saga, with the first-ever Official World Records for 1) time to climb 3,000 meters, 2) altitude, and 3) sustained horizontal altitude in an electric plane.

"We’re thrilled with these new records…our time to climb beats nearly ALL gas planes. The feeling of climbing 2000 feet/min from the deck all the way to 14,500′ was unreal. We clobbered our poor RV8 chase plane that has 180hp by a huge margin!"

Next, Yates plans on attempting two more world records for speed over 3km and 15km courses:

"I’m strongly encouraged by the speed we achieved - 218 MPH in level flight at 70% throttle!"

These records weren't achieved in recent attempts due to technical problems, but hopefully they will fall soon without deadstick: