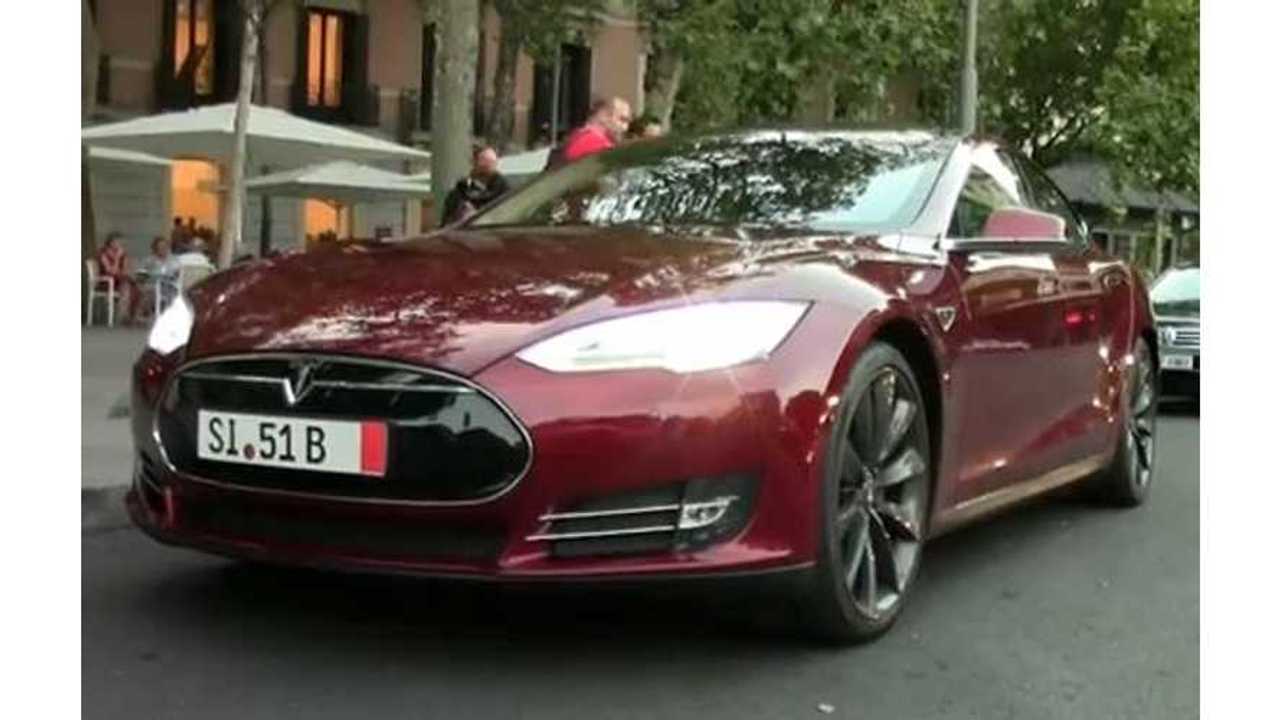 It seems that soon the Tesla Model S will be nearly as global an electric vehicle as the Nissan LEAF.

What started in California and then spread across the US before getting to Canada, has now crossed both the Atlantic and Pacific.

The Model S is becoming increasingly common in parts of Europe now.  This latest example showed up in Madrid, Spain.

Of interest is that the passerbys all seem to notice the Model S and that the driver puts on a brief tire-chirping show.

Word is that the Model S just arrived in China, so let's hope we see some video of one being driven there too.

We can only hope that the Model S craze that started in North America will continue on in Europe and Asia.