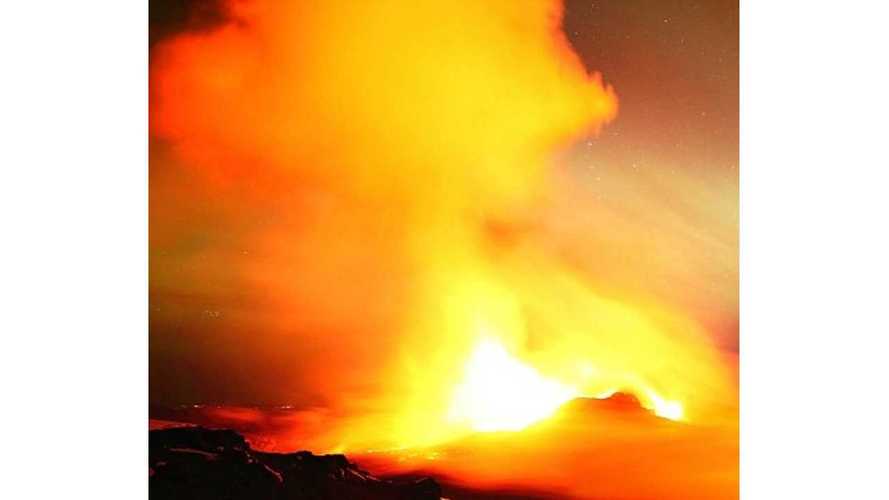 Today's lithium-ion battery tech won't be around decades from now.  It'll likely give way to either solid-state or lithium-air.

But what's the future hold beyond that?

Researchers at George Washington University believe that molten-air batteries could be in our future and, under the guidance of Dr. Stuart Licht, published a paper on the properties and values of molten-air technology.

According to Green Car Congress, Licht and his colleagues show 3 examples of molten-air's electron transfer chemistry:

Stuart Licht himself says this in the published paper:

"In 2008 a zirconia stabilized VB2 air battery was presented.  This 11e- (eleven electron) per molecule, room temperature, aqueous electrolyte battery has the highest volumetric energy capacity for a battery, with an intrinsic capacity greater than that of gasoline and an order of magnitude higher than that of conventional lithium ion batteries. The challenge has been to recharge the battery; that is to electrochemically reinsert 11e- into the battery discharge products. Here, this challenge is resolved through the introduction of a new class of molten air batteries."

"...Unlike prior rechargeable molten batteries, the battery is not burdened by the weight of the active chargeable cathode material. The rechargeable molten air electrode instead uses oxygen directly from the air to yield high battery capacity. This electrode will be shown to be compatible with several high capacity multiple electron redox couples. Three demonstrated new batteries chemistries are the metal (iron), carbon and VB2 molten air batteries with intrinsic volumetric energy capacities greater than that of the well known lithium air battery due to the latter’s single electron transfer and low density limits."

Could molten-air be the future?  If so, where will electric vehicles be in terms of miles per kWh after this technology takes over?