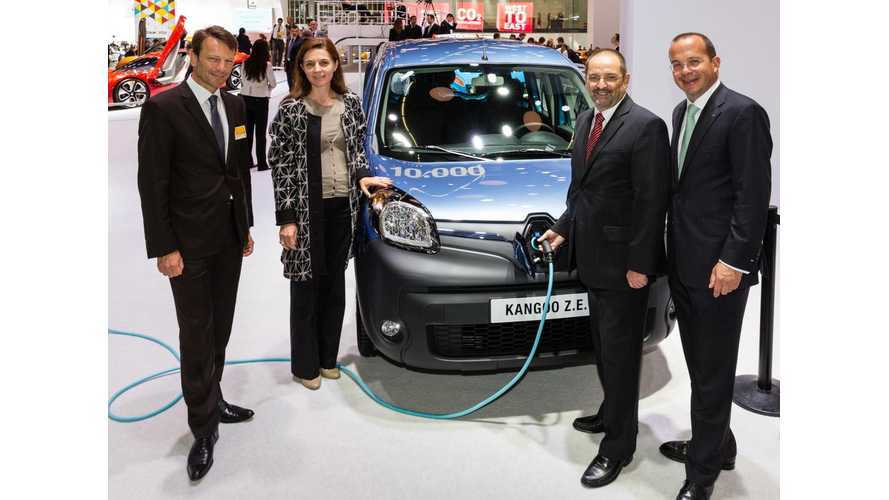 The French electric, based on the ICE Kangoo, has been on the market from late 2011, so on average Renault has been selling a few hundred every month (Kangoo Z.E. is now available in approximately 20 European countries).

According to Renault, almost 10% of all Kangoo sales are Kangoo Z.E.

"Kangoo Z.E. is Europe’s best-selling small electric van and accounts for almost 10 percent of Kangoo van sales. It is also the best-selling electric vehicle in France where it has won over some 6,000 business customers."

"Since its launch at the end of 2011, Kangoo Z.E. has been acclaimed repeatedly by the media and secured International Van of The Year award in 2012. Its customers are also very positive, since 95 percent of them say they are satisfied with the van and praise its driving comfort, absence of noise and loading capacity."

The 10,000th vehicle was bought by Deutsche Bahn:

In June of this year, the Kangoo Z.E. was restyled "with a new front end and the incorporation of new features like the connected R-Link multimedia tablet".