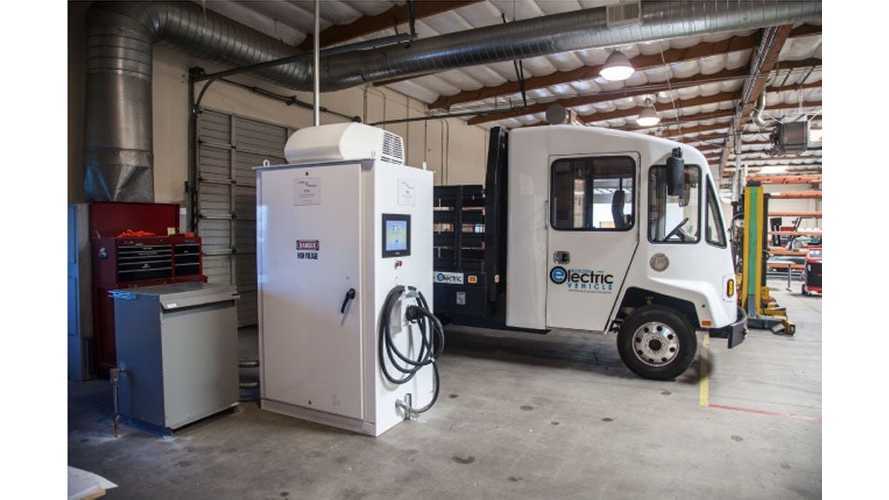 The US Army Corp of Engineers and the SPIDERS project signed off on verifying full charge and discharge of the vehicle at 60 kilowatts of power.

The 60 kW system, with Coritech Services's bi-directional chargers, utilize new J1772 DC Combo connectors and is able to charge/discharge a battery pack in about an hour.

"This first success happened in the labs of our EVSE partner Coritech Services.  When we finally saw the power going in and coming out at the maximum allowable amounts as per the J1772 DC Combo connector spec, we were all as giddy as school kids."

More Than Capable...No Need to Worry... But We Can Still Add V2G Just to Be Sure

According to the press release, it seems that Boulder Electric Vehicle wants to build its future around V2G capability, which is interesting since, to date, nobody explored this in depth in commercial operation.

"As of today Boulder Electric Vehicle is the only electric truck manufacturer in the world to demonstrate working vehicle-to-grid charging at 60 kilowatts of power outside of the SPIDERS project in Fort Carson, Colorado.  Boulder EV and Coritech Services will be providing demonstration units comprised of a charger and a truck to private utility companies beginning fall of this year.  Boulder EV will also be showcasing a V2G capable truck, alongside a Coritech DC quick charger, at the Plug-In 2013 Conference & Exposition in San Diego, CA.  The conference kicks off September 30th and runs through October 3rd.  For those interested in scheduling a demonstration of Boulder EV's trucks performing V2G charging with a Coritech EVSE please contact them directly to set up reservations."